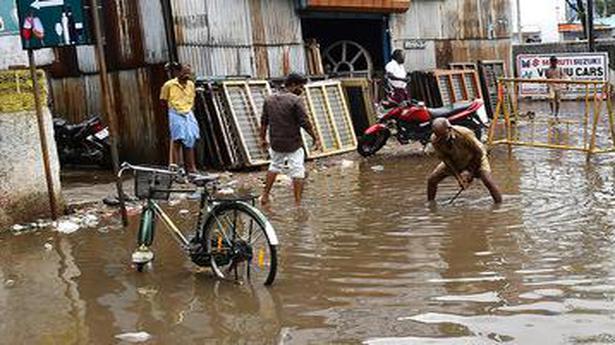 
In its effort to expand and upgrade its weather observation network in Chennai, the India Meteorological Department (IMD) will inaugurate two more automatic rain gauges (ARGs) next week.

The department is approaching establishments, particularly educational institutions, that would provide space for adequate exposure to the sensors in the equipment.

The new ARGs have been installed at YMCA College of Physical Education, Nandanam, and Goodwill Primary School, Villivakkam, and would be put to use in a couple of days.

An ARG, with sensors to measure rainfall and temperature levels, was recently added at Sri Sairam Institute of Technology, West Tambaram, and the department has identified a site at an educational institution at Chromepet for setting up the equipment. “We are in the process of identifying such spaces across the city, and ARGs at educational institutions would create awareness on meteorology,” said S. Balachandran, Deputy Director-General of Meteorology, Regional Meteorological Centre, Chennai.

Work is nearing completion on the installation of the city’s second radar on the premises of the National Institute of Ocean Technology in Pallikaranai.

The Doppler weather radar on Rajaji Salai would be upgraded, besides the existing network of AWS and ARGs being maintained, Mr. Balachandran added.

The IMD officials said thunderstorm with light to moderate rain would continue in isolated places over the State and Puducherry till Monday owing to the presence of westerly trough. Dry weather would return on Tuesday. During the 24 hours ending 8.30 a.m. Saturday, Kothagiri and Coonoor in the Nilgiris received 9 cm and 7 cm rain respectively. Among the other places that recorded a significant amount of rain were Tamaraipakkam and Gummidipoondi with 2 cm each and Ambattur 1 cm. Meenambakkam recorded a trace of rainfall till 5.30 p.m. on Saturday. According to the forecast, there was a possibility of light rain in some areas of Chennai till Monday.

Probe on into rape of 6-year-old in Kozhikode