In a move that will bring relief to thousands of property owners if it comes to fruition, the civic body is exploring the legality of increasing the extent of bylaw deviations that can be regularised. It is looking to do this by increasing the payment of requisite fines from the current 5% to 15%.

This will make it easier for owners to get an Occupancy Certificate (OC) issued by the Bruhat Bengaluru Mahanagara Palike (BBMP). OCs are withheld for a range of reasons ranging from unsanctioned building plans to bylaw violations.

According to senior BBMP sources, there are thousands of buildings without an OC. “While OC is not mandatory for registration of properties, it is essential before the occupation of any property, residential or commercial. Without an OC, it is assumed that not all the requisite clearances are in place. If in any eventuality of an accident, such property owners will not be able to claim insurance or compensation,” the source explained.

It was in December last that the civic body had proposed to increase the building bylaw deviation limit, with the intention of making more owners eligible for OCs. The proposal, after it was approved by the administrator, was sent to the Urban Development Department (UDD) for approval.

Senior officials in the BBMP’s Town Planning Department said the UDD had now directed the civic body to look into the legality of the proposal, apart from framing an amendment to building bylaws and the new BBMP Act, 2020. The BBMP has also proposed to increase the quantum of fines to be levied for each violation.

“Once the amendment is drafted, a notification will be issued inviting objections from the public, following which it will be finalised,” the senior official stated.

Meanwhile, as per estimates, there are around 28 lakh properties in the city, of which only around 19 lakh are under the property tax net. Property tax is one of the largest revenue sources for the BBMP. “Once the quantum of fines levied for violation of bylaws for regularisation is also approved, the civic body will be able to garner more revenue,” the official added. 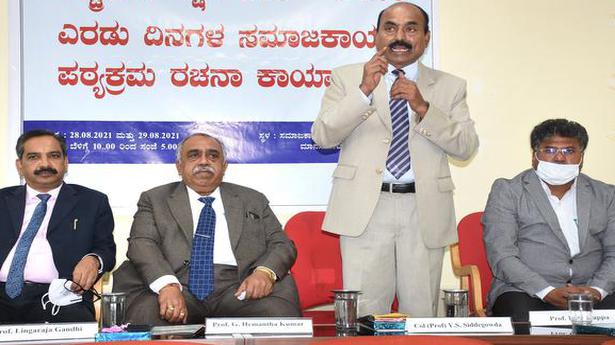