“Reservation is a Constitutional right. It is everywhere. How can it be removed if you give an IoE status?” the BJP leader asked

Conferring the Institute of Eminence (IoE) tag on Anna University will not affect the reservation policy in place in the State, BJP Tamil Nadu president L. Murugan said on Friday, while accusing some people of making baseless allegations on the issue.

“Reservation is a Constitutional right. It is everywhere. How can it be removed if you give an IoE status? The claim made by some people that reservation will be affected due to the IoE status for Anna University is an absolute lie,” Mr. Murugan told reporters in Chennai.

Mr. Murugan said the Anna University Vice-Chancellor M.K. Surappa was trying to function independently and that some people were trying to stop him from carrying out his duties. “Anna University is a world-class university. The V-C is taking efforts to take the institution forward and to higher standards. What is the need to remove him,” Mr. Murugan asked.

To a question on whether Mr. Surappa had taken steps beyond his powers by writing to the Centre directly, Mr. Murugan said that the statutes of the University needed to be looked at to see what powers were vested with the V-C and what were not. “We don’t know whether there is a rule stating that he cannot write [to the Centre] without the Tamil Nadu government’s permission. We have to look at what the rules say,” he said.

On the controversy over actor Vijay Sethupathi starring in Sri Lankan cricketer Muthiah Muralitharan’s biopic ‘800’ and opposition from some quarters over it, the BJP leader said everyone had freedom of expression and it was their right to make a movie. “Making a movie is someone’s right and someone acting in it is their individual right. Why should one say whether someone should make a movie, or whether someone should not act in it,” he asked. 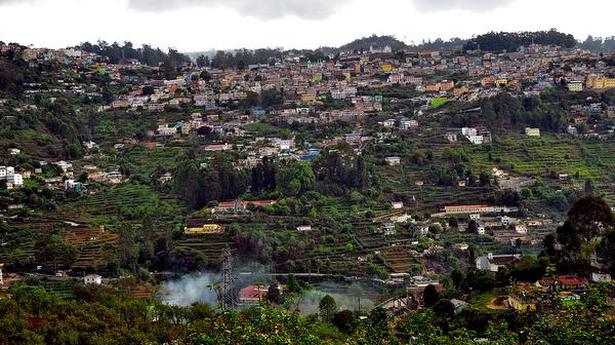 Tourists can visit Kodaikanal from Wednesday