In a federal structure, it is imperative for governments at various levels to work together for the benefit of the people, Chief Minister Pinarayi Vijayan said on Friday.

Mr. Vijayan, presiding over the inauguration of the 2,000-MW Pugalur-Thrissur HVDC line and other projects by Prime Minister Narendra Modi, assured the Centre of the State’s continued cooperation in projects that were being implemented jointly by the State and the Centre.

The projects inaugurated on Friday were expected to usher in development in a number of sectors, including power and water supply, transport, governance and decentralisation, the Chief Minister said.

He said the State government was happy that work on the power transmission corridor, started in 2017, could be completed on time. Under the Smart Cities Mission initiatives, the Thiruvananthapuram Corporation, the State, and the Centre were implementing projects worth ₹1,135 crore in the corporation.

Under the ₹427-crore Smart Roads project, 37 km of city roads would be developed with amenities, including footpath, cycle tracks, and utility corridors.

The State had made a big leap in the power sector over the past five years, he said. A 50-MW solar park was constructed at Ambalathara, Kasaragod, in 2018. Now, another 50 MW had been added with the Paivalike park, he said. IFFK 2021: ‘Another Round’ of laughter and reflection 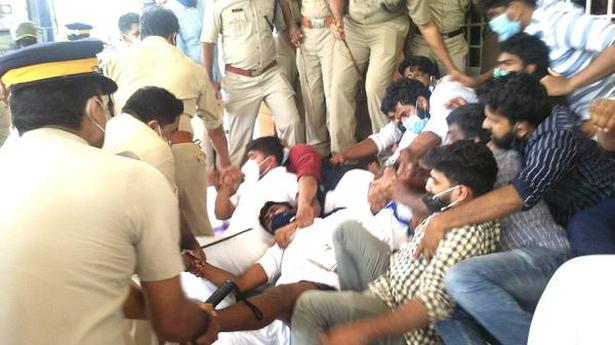