He alleged that the AIADMK took up the issue only for electoral gains.

Mr. Stalin also offered to direct the DMK MPs to go and meet President Ram Nath Kovind on the matter, along with the Chief Minister “if he was ready.”

Mr. Stalin questioned why the Chief Minister gave “false information” to the State Assembly on Thursday that the Governor will soon take a good decision on the issue. “On January 25 itself, the Governor rejected the Cabinet decision stating that he does not have the powers to decide on the case, but Mr. Palaniswami met the Governor on January 29 seeking approval for the release of the seven convicts. Can there be a worse, uncivilised political drama than this?,” Mr. Stalin asked.

The DMK president asked when the Governor did not have the file with him after January 25, why did the Chief Minister meet him and give him a letter seeking the seven convicts’ release. “This is the drama being regularly enacted by Mr. Palaniswami,” he charged.

He also accused the AIADMK of repeatedly making false promises about taking up the issue of the release of the seven convicts in every election [State and Parliamentary] – 2011, 2014, 2016, 2019 and now in 2021.

The DMK leader demanded that the AIADMK pressure its ally, the BJP, before finalising their seat sharing [for Assembly elections] talks that such discussions will happen only if the BJP agrees to release the seven convicts immediately.

MDMK general secretary Vaiko said the Governor’s decision was an injustice. “It is highly condemnable that the BJP government at the Centre, the Tamil Nadu Governor and the AIADMK government have staged a fake drama,” Mr. Vaiko said in a statement.

He said the Tamil Nadu government has the authority to decide on the release of the seven convicts based on the judgment in the Maru Ram vs Union of India case.

“The Governor’s duty is to only fulfill the decision taken by the Cabinet and not take any decision on his own as per the Constitution,” Mr. Vaiko said.

He charged that the government’s power was stuck in the hands of those who do not follow the rule of law, Parliamentary procedures and democracy. The people of the State will not accept the anarchist rule of the BJP-AIADMK and demanded that the seven be released forthwith. Ready to celebrate Lohri at the borders, but there’s no going back now: farmers 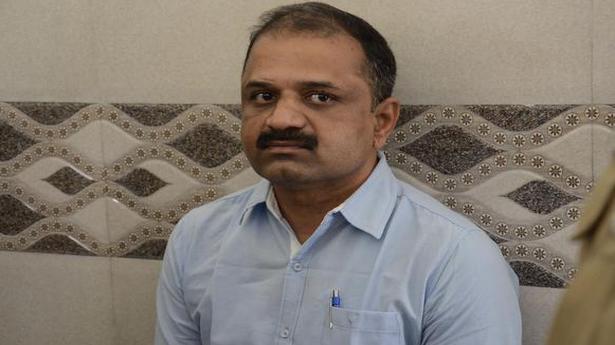