The exorbitant cost of funds provided by the financial institutions, the high cost of power, delays in land procurement, the complexities in granting statutory clearances, and rigid labour laws are the five significant impediments to the growth of the manufacturing sector, Chief Minister Y.S. Jagan Mohan Reddy has said.

Mr. Jagan Mohan Reddy was speaking at the virtual meeting of the Governing Council of NITI Aayog on Saturday.

For creating infrastructure, the State government undertakings too had to avail themselves of loans from the financial institutions at 10% to 11% interest per annum, and it was not difficult to imagine the plight of the private sector, he said.

“With such a high cost of funds, the manufacturers in India cannot offer products that can compete with those of countries where debt is available at rates as low as 2%. So is the case with power, which is available in some counties at tariffs lower than ₹3 per unit,” the Chief Minister said.

Commenting on the agriculture sector, Mr. Jagan Mohan Reddy suggested five key policy interventions – minimising costs associated with production, ensuring availability of quality inputs (seed, fertilizers and pesticides), making post-harvest technologies and facilities such as storage, grading, and processing available for enhancing quality and marketability of the produce, facilitating the sale of produce at remunerative prices at the farmgate itself and instituting a market stabilisation fund for procuring the crops (making the same fund available to the States as finance from banks and financial institutions at low interest rates), and paying timely compensation for the loss suffered by farmers due to the natural calamities.

Mr. Jagan Mohan Reddy said his government was committed to promoting natural farming in a big way given the increased incidence of cancer and other serious ailments primarily attributable to the consumption of agri-products resulting from high usage of pesticides and chemical fertilizers.

With reference to the education and health sectors, the Chief Minister stressed the need for providing access to low-cost finance to the State governments for developing social infrastructure to enable them to provide quality services to the citizens at affordable rates.

Mr. Jagan Mohan Reddy said his government had launched the Nadu-Nedu scheme, under which the infrastructure in government educational institutions was being revamped, covering nearly 46,000 schools, junior and degree colleges, and hostels.

Under the Nadu-Nedu programme in the health sector, he said infrastructure was being improved from the grassroots, i.e. the primary health centres, up to the district and teaching hospitals.

“The government is also setting up 16 new medical colleges and five multi-speciality hospitals in the scheduled tribal areas,” he said.

Three of the 16 medical colleges were accorded sanction by the Government of India for part-funding, Mr. Jagan Mohan Reddy said, and requested part-funding of the remaining colleges as well.

He also appealed to the Centre to make one year government service in the rural areas compulsory for medical and nursing graduates and postgraduates.

Two succumb to COVID-19 in State 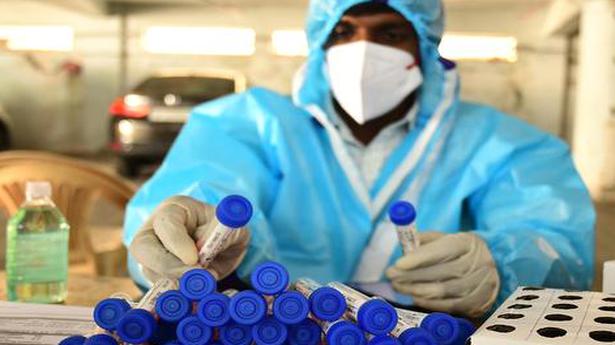