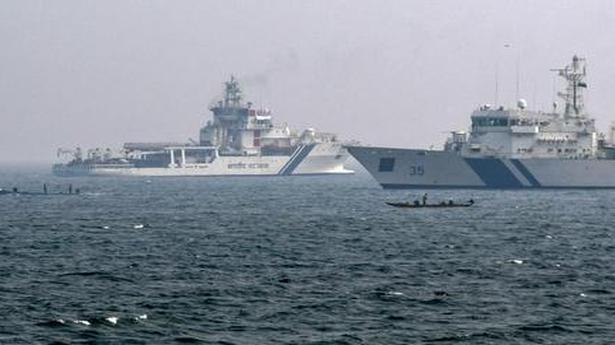 
After 26/11 terror attack in Mumbai, the Indian Coast Guard is a much stronger force today. Though the role might not have changed much, the force has tripled its capacity since then. Be it on the assets side, technology or manpower, said Additional Director General of Indian Coast Guard, Eastern Seaboard, V.S. Pathania.

Interacting with The Hindu, on the eve of the Indian Coast Guard Day, he said from a modest beginning on February 1, 1977, with just seven ships, two small corvettes and five patrol boats leased from the Indian Navy, it today has 156 ships, 62 aircraft and over 20,000 men and officers.

Speaking about the fleet strength on the eastern seaboard, which covers a distance of over 2,834 km of coastline from West Bengal to Tamil Nadu, he said there are about nine high endurance versatile ships, one high endurance special role vessel for fighting pollution on sea, 21 water jet propelled fast interceptors and 13 high speed quick response vessels.

“This apart, we have about nine hovercraft, 10 Dornier surveillance aircraft and three helicopters,” he said.

But according to him, the game-changer will be induction of multi mission maritime aircraft and HAL developed AHL (Advanced Light Helicopter) in the force. The ALH will phase out the ageing Chetaks, said Mr. Pathania.

“We will have some of the new air assets deployed on the eastern seaboard and we are also expecting at least two new OPV (offshore patrol vessels) and one FPV (fast patrol vessel), shortly. According to him, ICG is the fourth biggest Coast Guard force in the world today.

Mr. Pathania also said that under the phase-I of the CSS (chain of static sensors), 46 coastal radar stations have been set up, and under Phase-II, 38 static radar stations and four mobile radar stations are being set up. “On the eastern seaboard, we will have 17 radars in the second phase,” he said.

He also said that over 90% of the fishing boats have been colour coded and regular awareness programme with the fishermen have been paying dividends both in terms of intelligence gathering and managing search and rescue operations, in times of disasters.

Mr. Pathania also said that ICG was awarded the first PVSM (Param Vishist Seva Medal), since its inception. It was awarded to the current Director General of Coast Guard Krishnaswamy Natarajan, for his efficient handling of MT New Diamond, the 3-lakh MT crude oil tanker that caught fire off Sri Lanka coast in November, last.

Explaining the role of ICG, he said, “Though our jurisdiction of operation is limited to 2.01 million sq km of EEZ (exclusive economic zone) our search and rescue operation extends to over 4.6 million sq km.”

Mr. Pathania said that incorporation of ‘preventive and measured response’ concept has ensured that more then 6,000 fishing boats and about 40,000 fishermen being escorted to the safety of harbour by the Coast Guard, during the 11 cyclones that hit the Indian coast, last year. 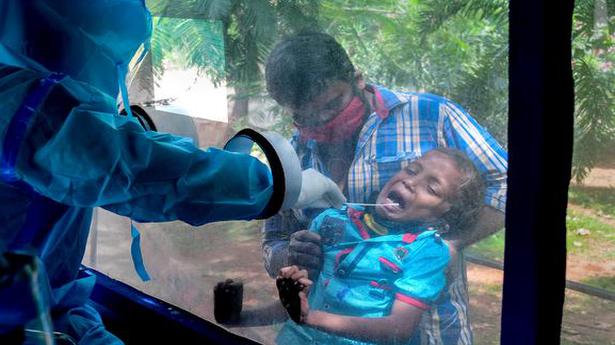 Experts search for source of illness in W. Godavari