The Union Budget 2021-22 has stated that substantial investments would be made in improving facilities at some of the major fishing hubs in the country, including Kochi. The other harbours and fish landing centres that found a place in the Budget speech were Chennai, Visakhapatnam, Paradip and Petuaghat. The five hubs will be developed into centres of economic activities.

The Marine Products Export Development Authority (MPEDA) and the Cochin Port Trust had signed an agreement towards the end of September last year to modernise the fish landing centre and harbour at Thoppumpady.

The improvement work at the harbour will help substantially increase the unit value of sea-caught fish as well as significantly reduce post-harvest losses. A memorandum of understanding was signed by the MPEDA chairman K.S. Srinivas and Cochin Port Trust chairperson M. Beena to launch the ₹140-crore project.

According to an official communication at the time of the signing of the MoU, the resources for the project would be mobilised from various Central government schemes and a special purpose vehicle would be launched to implement the project.

The Cochin Fisheries Harbour is one of the oldest in the State and was brought under the control of the Cochin Port Trust. The facility is located on 27 acres and is the centre of business activities in West Kochi. Hundreds of seafood businesses in Ernakulam and Alappuzha depend solely on the supply of raw materials from the Thoppumpady harbour.

Air-conditioned auction halls, packing hall and bays for loading and unloading, a reverse osmosis plant, rainwater harvesting facility, automated equipment such as tripods, conveyor belts and pallet jacks for better movement of fish within the harbour will be the key features of the developed harbour. There will be an effluent treatment plant, facilities for drivers as well as canteen and restrooms.

Meanwhile, the Matsya Thozhilali Aikya Vedi has welcomed the Budget announcement and called it the right step forward for the fishing sector. But, Aikya Vedhi convenor Charles George said the adverse impact of the COVID-19 pandemic on the fishing sector and traditional fishers had been ignored. Three eggs a week in anganwadis 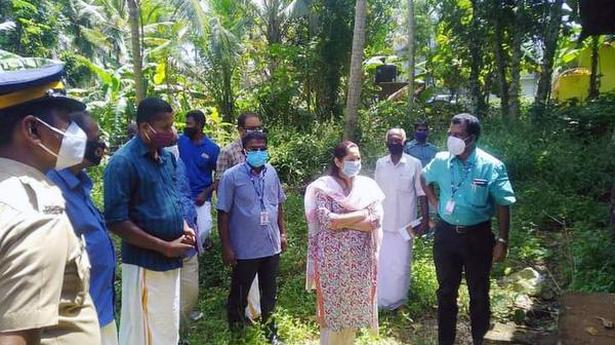