Ahead of Diwali, concerns about air pollution aggravating Covid infections had led to various Indian states imposing restrictions on firecrackers, apart from Delhi-NCR which has a recurring annual battle with poor air quality. Further, there was the NGT’s ban on firecrackers in all cities and towns with “poor” or worse air quality, which was also a reminder of how widespread winter’s air pollution challenge is across north India. Unfortunately, all these restrictions were widely flouted and sent air quality plummeting to “severe” levels in several places the day after Diwali.

As the restrictions failed despite governments like Delhi, Haryana, Rajasthan and UP giving teeth to the NGT order, it is important to understand the reasons and redress them. If curbs fail at the point of sale, then police and other authorities have an unwieldy task preventing cracker bursting by citizens. In Delhi-NCR systemic attempts to choke the supply of crackers fell short and people fixated on bursting crackers didn’t seem to have much difficulty procuring them either. The leaky bans defeated those who kept off crackers, recognising their potential to trigger respiratory and cardiovascular distress, especially with a new contagion joining the ranks of legacy ailments like asthma, hypertension and heart disease this year.

A viral video from Bulandshahr of policing that morphed into highhandedness also points to counteractive actions, which hardly help in wooing over the public. There is already heartburn over cracker bans in some quarters, which need persuading and even fining but definitely not vandalising or other violence. Indians who insist on firecrackers are comparable to those in the US who resist masks, citing free choice and even theological reasons. But science is clear that masks protect us from Covid – if everyone wears them. Only collective action can safeguard public health and clean air. We will swim or sink together. 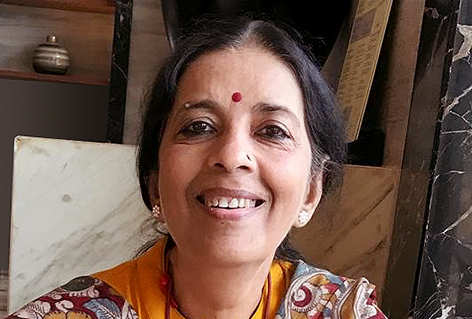 When the ‘Steel Frame’ chokes: Officials at Hathras failed to act objectively, professionally and in a bona fide manner

Bihar battle: The meaning and effect

Fed up with Ads? Install Dainik Bhaskar app for news without ads Amit Karna36 minutes ago Copy link On Thursday,

ISTANBUL: Turkey’s president has renewed his vitriolic attacks on French President Emmanuel Macron, saying he hopes France will get rid