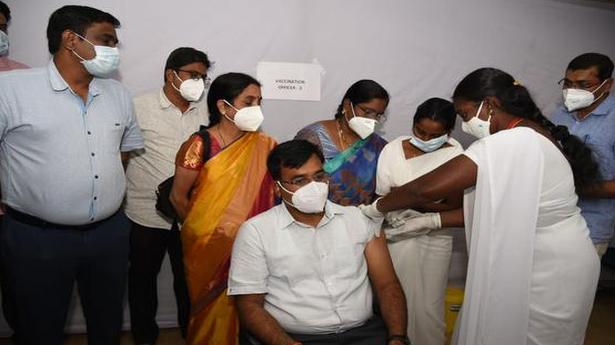 He was among more than 4,500 govt. employees who got inoculated

SPSR Nellore District Collector K.V.N. Chakradhar Babu took the lead in taking the jab as the second phase of the vaccination programme for COVID-19 had a good start on Wednesday.

Joint Collector(revenue) M.N. Harendhira Prasad and in-charge District Revenue Officer Nageswara Rao were among the more than 4,500 government employees who took the vaccine on the inaugural day.

The Collector exhorted the staff to come forward to take the vaccine with confidence to get protection from the disease, which has been on the decline now thanks to the untiring efforts of the health professionals.

As many as 128 session sites have been set up for providing vaccine to the staff members of Revenue, Panchayatraj and Municipal Administration, said Nellore District Medical and Health Officer S.Rajyalakshmi. More than 65% of the targeted beneficiaries was covered in the first phase. Over 20,000 government staff would be covered in the second phase at the rate of 150 persons each day.

Health workers who could not take the vaccine for various reasons during the first phase also joined the staff.

Joint Collector(Development) N.Prabhakar Reddy tried to remove misapprehension in the minds of people saying that the vaccine is safe. A special vaccination programme would be organised exclusively for the police personnel, who were preoccupied with the security arrangements for the four-phase Gram Panchayat elections.

In Ongole, as many as 748 persons, including government staff and health workers took the vaccine in the 90 session sites, including 12 session sites exclusively for government staff, on Wednesday. Uploading of the details on the relevant website was slow in view of server problem. “We plan to cover over 1,500 persons daily,” said Prakasam DMHO P. Ratnavali. 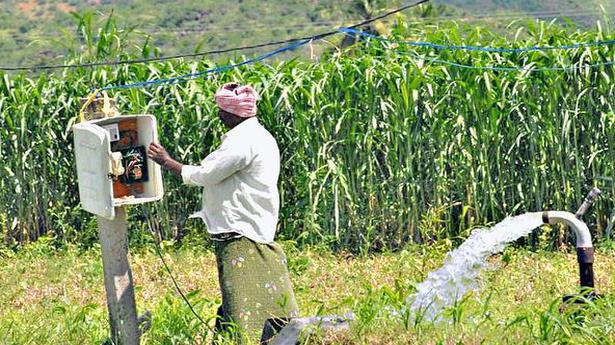