A visually impaired destitute woman who was staying under a bus shelter at Paathipatti in Kundrandarkoil panchayat union got a temporary relief thanks to the intervention of Collector P. Uma Maheswari.

Ms. Maheswari was on her way to attend a government function recently when she noticed the elderly woman with a trunk box and a walking stick under the bus shelter. The Collector got down from the car and made enquiries. The locals said the woman had lost her husband and had no children and relatives to take care of her. She had been staying under the bus shelter for several years and also had hearing impairment. The woman was being fed by some locals who used to assist her to the rest room.

Realising her plight, the Collector said she wanted the woman to be shifted to a government-run shelter for care and protection and told her about it. But the woman did not show interest to the plan. Not wanting to compel the woman and leave her at the bus shelter, the Collector spoke to the locals and officials asking them to counsel and convince her to be shifted to a government shelter. For the time being, the woman has been accommodated in the house of a resident, Ms. Maheswari said adding that she would keep track of her status.

The Collector said she had asked the Social Welfare Department officials to convince the woman to move to a government home. 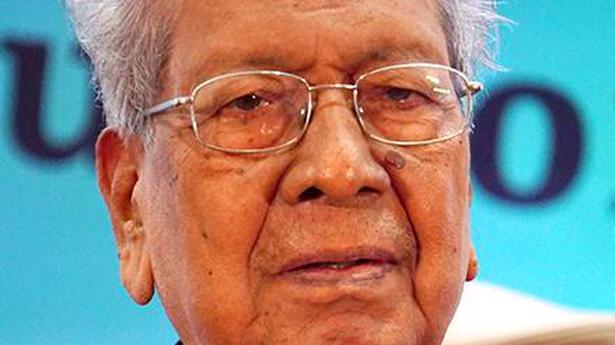 Sivasankar aware of all activities of Swapna: ED