The Panaivadalichathram police are investigating the alleged manhandling of the principal of a college by the students on Wednesday.

Police said faculty member Sivakumar, attached to the Department of Physics of Pasumpon Muthuramalinga Thevar College, Melaneelithanallur, who had been placed under suspension for two months for reasons unknown, came to the college on Tuesday. When principal of the college Hari opposed it, an argument broke-out between them. Subsequently, they filed a complaint against each other in the Panaivadalichathram police station.

Against this backdrop, a group of students gathered in the college on Wednesday and asked Mr. Hari Gangaram to allow Mr. Sivakumar to take classes. When the principal told the students any decision on allowing the suspended faculty could be taken only by the management, the students allegedly manhandled Mr. Hari even as he tried to leave the spot. After being given first aid, he was later admitted to the Tirunelveli Medical College Hospital.

Further investigations are on

DMK against extension of postal ballot to select class of voters 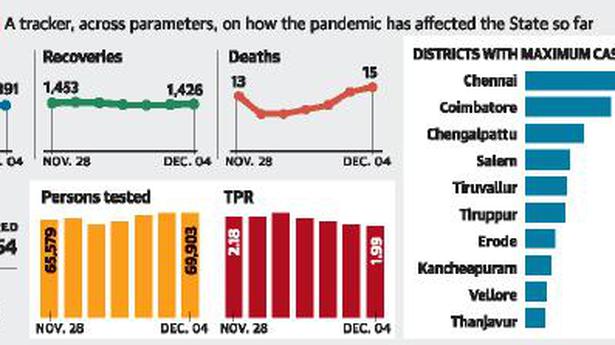