Arts and Science colleges have exercised their discretion in starting regular classes for UG students in the wake of the State Government permitting the institutions to engage first and second year students in classroom sessions.

Since there was no compulsion from the government for starting the classes for all the three years of UG at one go, the colleges have chosen to conduct regular classes in a staggered manner.

At the Jamal Mohamed College, for instance, the final-year UG students pursuing Science programmes who have been attending regular classes since the first week of December, 2020, will undergo practicals and end-semester before mid-February. Subsequently, the classes will be initiated for first-year students, and the third-year students will be engaged online. After a few weeks, intermediate students of UG will be asked to attend regular classes, Principal Ismail Mohideen said.

But, government arts and science colleges witnessed the entire strength of students turning up for regular classes.

Though use of sanitisers and wearing of masks could be enforced effectively, social distancing is a difficult proposition in government colleges, P. David Livingston, Zonal Secretary, Tamil Nadu Government College Teachers’ Association, said.

The maintenance of toilets is pathetic in the colleges, particularly in the government arts and science colleges, another teacher said.

There is a section of teachers in government-aided colleges who are wondering why the government had decided on the lines of starting classes for the UG students at this critical juncture.

“The government ought to have desisted from starting classes, taking into consideration the smooth progress of online classes,” a teacher of a government-aided college said.

Opening of hostels has become a ticklish issue. “The government emphasises on allotting a room for every student is practically impossible to do so”, another teacher said.

The government could have permitted online teaching-learning for this entire academic year, and thought of starting offline classes afresh from the next academic year, he said. 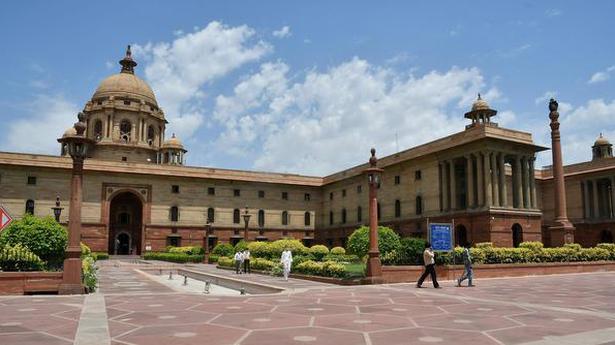