The 15th Finance Commission has asked the State government to invest in the development of urban centres across the State for inclusive and balanced growth across all the districts.

Commenting on the inter-State development disparity, the commission said that out of the 33 districts in the State, only four — Rangareddy, Hyderabad, Medchal-Malkajgiri and Sangareddy — were contributing 52% of the GSDP.

All the secondary and tertiary activities are concentrated in these districts. “Telangana should invest in the development of other urban centres in the interest of inclusive development,” the commission said.

No SFC report yet

As enshrined in Article 280 (3) of the Constitution, the Finance Commission of India makes grant recommendations to local bodies based on the recommendations of the SFCs.

The commission said the SFCs however, face significant challenges in the form of poor administrative support, inadequate resources for their smooth functioning and the delayed placement of action taken reports before the State legislatures.

“The State government must constitute State Finance Commission, act upon their recommendations and lay the explanatory memorandum pertaining to the action taken thereon before the State Legislature on or before March 2024,” the Finance Commission said.

The Finance Commission expressed concern that the educational outcomes of the State are either poorer than the national average (such as reading abilities) or have substantially deteriorated over a period of time (arithmetic abilities).

It said the expenditure on education in 2016-17 as a percentage of the GSDP was only 1.8% against the general State’s average of 2.6%. 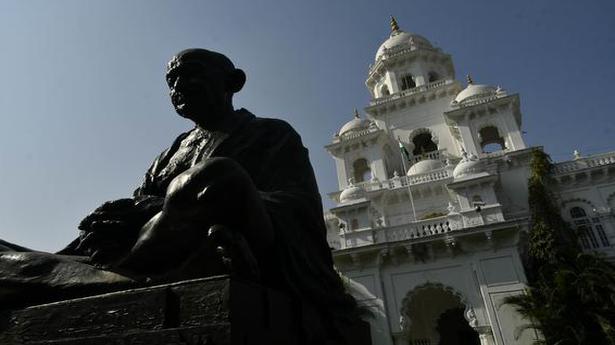