His speech gave further strength to Periyar and Ambedkar’s condemnation of the portrayal of women as depicted in the Manusmriti, the TNCC president said.

TNCC president K.S. Alagiri on Saturday said secular forces in Tamil Nadu will stand with VCK president Thol. Thirumavalavan and communal forces were responsible for the cases filed against him for speaking on the role of women according to the Manusmriti.

Mr. Alagiri said the BJP-RSS and communal forces were twisting Mr. Thirumavalavan’s statement and were engaged in defaming him.

“Thirumavalavan’s speech gave further strength to Periyar and Ambedkar’s condemnation of the portrayal of women as depicted in the Manusmriti. The ruling AIADMK in Tamil Nadu, which calls itself a Dravidian party, is acting in cahoots with the communal forces and filed cases against Thirumavalavan. This is highly condemnable and against freedom of expression,” Mr. Alagiri said.

Mr. Alagiri said it was very clear that the AIADMK has turned into a puppet in the hands of the BJP, by filing cases against the VCK leader. “The secular forces in the State will stand by Mr. Thirumavalavan. We are against the agenda of the communal forces and these type of threats against him,” he said. 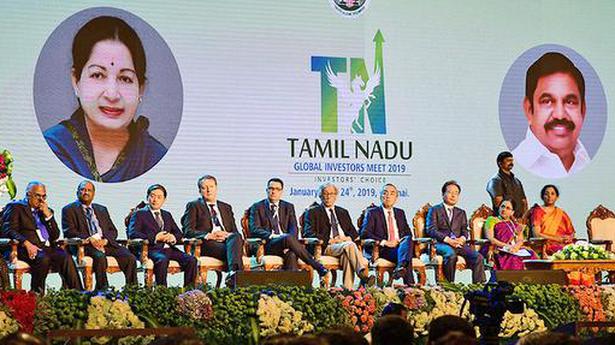 T.N. moves up a spot to 14th rank in ease of doing business

Karnataka bypolls: 50% postal ballots in Sira are already in