TDP national president N. Chandrababu Naidu has demanded that a fresh notification be issued for conducting the local body elections to ensure a level-playing field for all the political parties.

Addressing the party leaders via a video link on Tuesday, Mr. Naidu said, “Cancellation of the elections proposed in March this year had become necessary considering the large-scale irregularities committed by the ruling YSRCP. The ruling party had resorted to intimidation of candidates belonging to the rival parties and forced them to withdraw the nominations.”

Stressing the need for filing of online nominations to prevent the YSRCP from resorting to such acts, Mr. Naidu said the elections should be conducted amid security provided by the Central forces.

“All safeguards have to be taken to ensure a free and fair election in the best interests of the voters,” he said.

‘CM failed on all fronts’

Accusing Chief Minister Y.S. Jagan Mohan Reddy of betrayed the people on all fronts, Mr. Naidu said, “Stalling the Amaravati works is the first betrayal and neglecting Polavaram project the second. Another blow to the State is the failure of the Chief Minister to secure Special Category Status (SCS) to the State,” he said.

Mr. Jagan Mohan Reddy had promised people to secure SCS to the State if his party was given 25 MPs, Mr. Naidu said, and added, “But now, he is maintaining silence despite people electing 28 YSRCP MPs. The Chief Minister has caused enormous loss to the State.”

Objecting to the government opting for reverse tenders, Mr. Naidu said the Chief Minister, as a result, pushed the Polavaram project into a permanent crisis.

“Initially, Mr. Jagan Mohan Reddy had promised to give ₹10 lakh to each project-displaced family towards R&R package. But now he says there is no need for compensation at all. To state that nothing will happen if the project height is reduced is Mr. Jagan Mohan Reddy’s ultimate breach of trust,” Mr. Naidu observed.

Five fatalities push up toll to 555 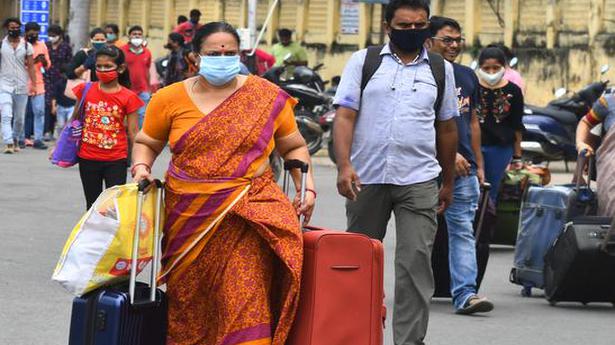