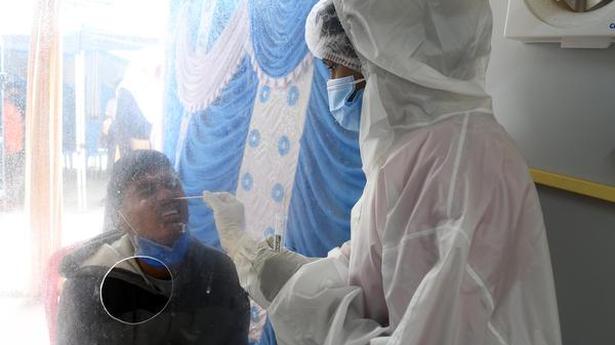 
Agencies are still fumbling over the exact number of people that have to be traced among those who travelled from the United Kingdom to Bengaluru after the new strain of Sars-CoV-2 was discovered.

While Health Minister K. Sudhakar had pegged the number at 75 on Monday, Rajendra Cholan, Special Commissioner (Health), Bruhat Bengaluru Mahanagara Palike, said on Tuesday that 114 people remained untraceable. “A few passengers on an Air India flight were left out and the Intelligence Bureau sent a new list with those names three days ago. Including those on the new list, when we did an on-ground verification, we did not find 114 of them at the addresses mentioned. We have been unable to contact them through their phones or through WhatsApp calls either, as many of them have given their U.K. numbers,” said Mr. Cholan.

However, the police, who have been roped in to trace these missing passengers, present a different picture altogether. A few days ago, the city police were given a list of 356 U.K. returnees to be traced. Of them, the police have already traced over 305 passengers, while just over 50 continue to be missing. Of those people, the police said they had some leads about the whereabouts of 15 and tracing them was under progress.

‘Banks have done well despite the pandemic situation’