The Congress on Saturday appeared to stonewall a bid by the Communist Party of India (Marxist) [CPI(M)] to relegate the Sabarimala issue to the back burner.

Former Home Minister Thiruvanchoor Radhakrishnan revealed an initial draft of the law that sought to protect the “religious rights, custom and usages” of Ayyappa devotees if the Congress is voted to power. He said Sabarimala was an election issue.

The CPI(M)’s bid to dodge discussion on the subject would not pass muster with the voters. The CPI(M) should spell out whether it opposed the ‘Bill’.

The Congress move seemed a counter to Chief Minister Pinarayi Vijayan’s attempt to throw water on the party’s gambit to revive the Sabarimala issue to draw Hindu votes.

Mr. Vijayan had said Sabarimala was not a talking point now. The Supreme Court was reviewing the matter. The government “will discuss with everybody” and calibrate its position once the apex court delivered its verdict, he said.

The Congress’s draft law pointedly states that the Devaswom Board will ensure that worship at the Sabarimala temple strictly adheres to the established tradition, “notwithstanding anything contained in any judgment, decree or order”.

The Bill proposes to allow only devotees who have complied with temple tradition to enter its precincts. It describes “Ayyappa devotees” as persons who follow the “Ayyappa dharma”.

They include only women worshippers below ten and above 50 years of age (Malikappuram).

It describes “Ayyappans and Malikappurams” as those who have earned the right to enter the temple by observing a 41-day austerity period, marked by celibacy, spartan vegetarian diet, and sobriety. The Devaswom Board, in consultation with the Tantri, will ban the entry of persons who do not adhere to the Ayyappa dharma and, hence, might unsettle the “purity, serenity, cleanliness, and sacred nature” of the temple.

It also envisages imprisonment of not less than three months and up to two years to those who violate the shrine’s sanctity. The Bill also seeks to punish those who encourage or abet acts of sacrilege.

CPI(M) acting State secretary A. Vijayaraghavan said the Bill lacked legal merit and served only to pull the wool over the voters’ eyes. 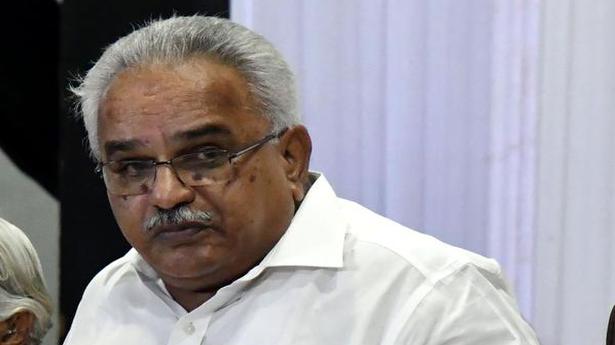