After Congress leader Kapil Sibal’s criticism of the party leadership over the debacle in the Bihar Assembly election, Rajasthan Chief Minister Ashok Gehlot on Monday said the party, which had improved with several crises in the past because of its ideology and policies, would overcome this time as well.

Mr. Gehlot said the Congress had witnessed crises in 1969, 1977, 1989 and later in 1996, but it came out stronger every time owing to its ideology, programmes, policies and “firm belief in [the] party leadership.” “We formed the UPA government in 2004 under the able leadership of Sonia Ji… We shall overcome this time too.”

Taking exception to Mr. Sibal’s interview on the Bihar verdict, Mr. Gehlot said there was no need for him to mention the Congress’ internal issues in the media, as this had hurt the sentiments of party workers across the country.

The veteran Congress leader said there could be various reasons for the electorate loss, but each time the rank and file of the Congress had shown “undivided and firm belief in the party leadership.” “That is why we came out of it stronger and united after every crisis,” Mr. Gehlot tweeted.

Even today, the Congress was the only party which could keep the nation united and take it forward on the path of comprehensive development, said Mr. Gehlot. 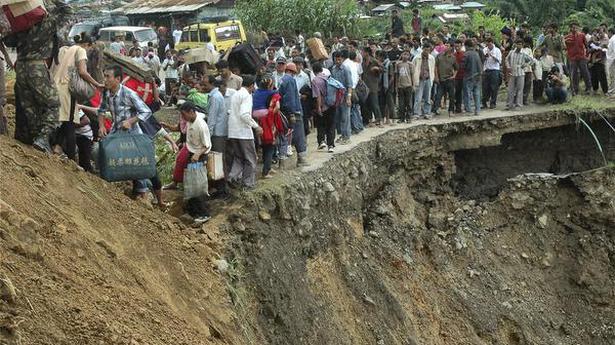