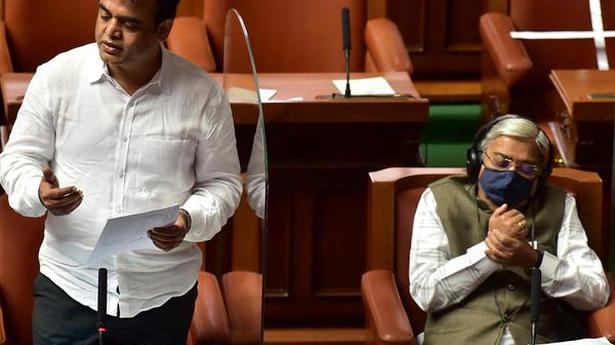 
The Opposition Congress on Thursday boycotted the proceedings of the Karnataka Legislative Assembly opposing the introduction and passage of the anti-cow slaughter Bill, despite appeals by the Speaker to participate.

The controversial Karnataka Prevention of Slaughter and Preservation of Cattle Bill, 2020, was passed in the Assembly on Wednesday amid protest by the Congress.

The former Chief Minister and Leader of the Opposition, Siddaramaiah, announced on Wednesday that the Congress would boycott the proceedings on Thursday opposing the Bill, which was passed without discussing in the Business Advisory Committee (BAC) of the House.

Recalling developments in the House on Thursday, Speaker Vishweshwar Hegde Kageri said the Leader of the Opposition had raised a couple of issues regarding the passage of the Bill and clarified that he had conducted the House “within the framework of House rules and procedures.”

The Speaker said it was made clear at the BAC meeting that some ordinances and important Bills would be taken up during the session. Mr. Kageri said the Bill had figured in the supplementary agenda on Wednesday, before it was tabled and passed.

Law and Parliamentary Affairs Minister J.C. Madhuswamy conceded that taking up the anti-cow slaughter Bill was not specifically mentioned in the BAC. However, it was made clear that “a couple of important Bills” would be introduced during the session, he said.

The Minister said that only after realising that the Legislative Council would be adjourned sine die on Thursday, the Bill was introduced in the Assembly with an objective to get it passed in both the Houses in this session. During the last session, some Bills passed by the Assembly were held up in the Council and the government had to promulgate Ordinances.

It may be mentioned here that the Bill was not taken up for discussion in the Council before it was adjourned sine die.

KSET to be held at 11 nodal centres on April 11 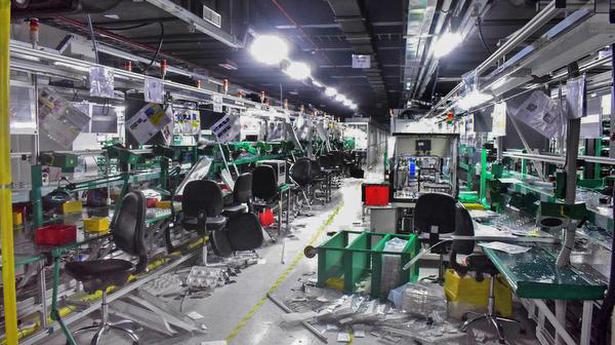 Ground Zero | iPhone plant violence — The making of a tinderbox