Accuses government of a well-organised conspiracy to ‘desecrate’ the monument

Congress leader in the Lok Sabha Adhir Ranjan Chowdhury while participating in the motion of thanks to the President’s address on Monday, demanded a joint parliamentary committee (JPC) probe into the violence at Red Fort during the farmer’s tractor parade on January 26 after accusing the government of a “well organized conspiracy to desecrate the monument”.

The Lower House also witnessed a massive uproar when Trinamool Congress MP Mahua Moitra made a reference to a former Chief Justice of India as members of the Treasury benches including Minister of State for Parliamentary Affairs Arjun Ram Meghwal, calling it shameful and asking the Chair to expunge it.

RSP MP N K Premachandran, who was presiding the proceedings, said her remarks will be expunged if found objectionable. But sources claimed ruling party members are contemplating a privilege motion against the Trinamool MP.

Speaking first from the Opposition, Mr Chowdhury asked for JPC probe into the Red Fort incident, the alleged TRP scam and the purported WhatsApp conversation of a TV anchor that were linked to the Balakot airstrikes.

He asked the government why it was ‘afraid’ of 18-year-old climate-activist Greta Thunberg for expressing her support to the farmers.

“With such a strong Home Minister like Amit Shah, how can some people reach the Red Fort, that too on January 26 when the highest level of security was in place in Delhi. Why isn’t there a proper investigation into it? It is actually a big, well-planned conspiracy to defame the farmers. The fact is that you have sent some vandals to the Red Fort to create vandalism. Forces within the government are behind it,” Mr. Chowdhury alleged.

The Congress leader compared the present situation in Delhi with Kabul, Baghdad and Syria, saying barricades, barbed wire and nails have been put in and around the sites of the farmers’ protests.

“Farmers are at Delhi’s borders. More than 200 farmers have lost their lives. Why is the Prime Minister not talking to them? Why this arrogance ? You have a majority and you are trying to bulldoze through your majority. Don’t insult the farmers, don’t wage a war against the farmers. Are they your enemy?” he said in the presence of Prime Minister Narendra Modi, Mr. Shah, Defence Minister Rajnath Singh and Congress leader Rahul Gandhi.

Mr. Chowdhury alleged that the Central government had earlier conspired against the Muslims and now against the farmers. “We should not be afraid of debate. Dissent, disagreement and dialogue are the hallmark of our civilisation. Mahatma Gandhi had once said farmers are the kings. Given a chance, I would make a farmer the Governor-General,” the Congress leader said, quoting Gandhiji.

He also asked the government to come clean on China’s alleged transgressions and noted that the Prime Minister had asserted that nobody had intruded.

In her strongly worded speech, Trinamool’s Mahua Moitra accused the government of “hate and bigotry,” using propaganda as “cottage industry” and alleged that the judiciary and the media have also ‘failed’ the country.

“India is in a state of undeclared emergency,” Ms. Moitra, who repeatedly used words like cowards and cowardice while attacking the Modi government and demanding a complete repeal of the three farm laws.

“The coward is brave only armed with power and authority..You are not courageous but a coward,”she said.

BJP’s Virendra Kumar said the Narendra Modi government is committed to the welfare of farmers and will remain so in the future too.

“I want to make it clear that the government is committed to the welfare of the farmers. It was, it is and it will continue to do so,” he said amidst thumping of desks by BJP members.

DMK’s T.R. Baalu accused the government of transgressing on State’s powers, demanded that Tamil be made an official language and asked the government not to stand on false “ego and prestige’ on the farm laws.

Biju Janata Dal’s Pinaki Misra talked about hestitation among people to take the COVID vaccine and urged leaders including ministers and MPs to lead by example. On the farm laws, asked the government to implement the M Swwaminathan commission report and assure minimum support price to farmers.

Bahujan Samaj Party (BSP) MP Ritesh Pandey asked the government to roll back the farm laws and lamented about farmers being labelled as ‘terrorists”. 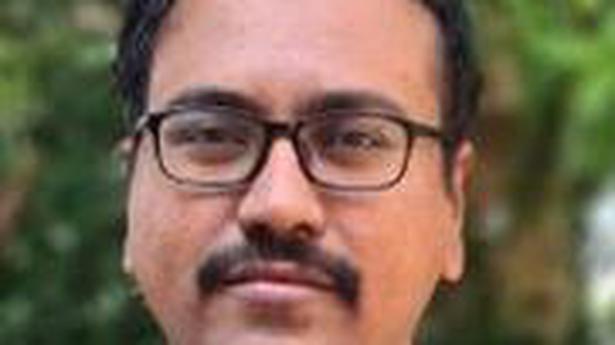 On a mission to curb corruption