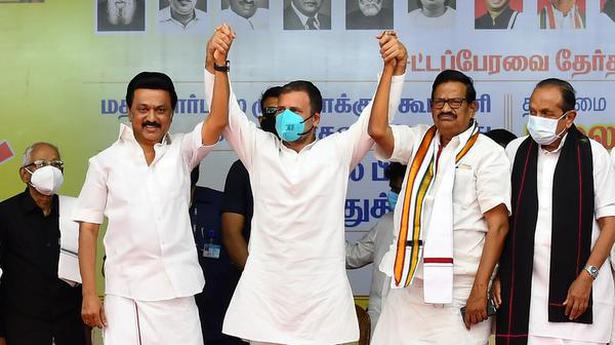 The Congress will have to choose from several hopefuls for a Rajya Sabha seat from Maharashtra and another from Tamil Nadu that ally DMK had promised them, though the latter has so far not officially conveyed whether they will concede the seat now or in June 2022, when five Upper House seats from the State go to the polls out of 20 countrywide.

The vacancy in Maharashtra arose on Congress’s Rajeev Satav’s death, and his wife is among the claimants for the secure seat.

Five Rajya Sabha seats will got to the polls on October 4 – two from Tamil Nadu and one each from Maharashtra, West Bengal and Assam. In Tamil Nadu, the two seats fell vacant following the resignation of AIADMK MPs K.P. Munusamy and R. Vaithilingam, after being elected to the Assembly in this year polls. For Mr. Vaithilingam’s seat, only a 11-month tenure is left.

During the seat-sharing discussions ahead of the last Assembly polls between the DMK and the Congress, a tentative agreement was reached between the two on a Rajya Sabha seat.

A section of the Congress is hopeful that Chief Minister M.K. Stalin will push for senior Congress leader Ghulam Nabi Azad, considering the latter’s warm relationship with the late M. Karunanidhi. Mr. Azad retired on February 15 last after serving 28 years in the House.

Sources in both the DMK and the Congress said that in case the DMK concedes the seat to the Congress, it won’t dictate terms and will go with whoever the Congress chooses. “It is unlikely they will press for Mr. Azad’s nomination if the Congress is not on board with it. They usually believe in writing a blank cheque,” a senior DMK leader said.

Former Congress president Rahul Gandhi has been pushing for a generational change in the party’s Upper House team and is said to favour Praveen Chakravarty, chairperson of the Data Analytics department of the party, for the Tamil Nadu seat. Mr. Chakravarty, a Tamilian, has been a critical member of Mr. Gandhi’s team and also close to former Prime Minister Manmohan Singh.

Former IAS officer, S. Sasikanth Senthil, who quit the civil services last year citing a “totalitarian attack on the country” and joined the Congress in November last, is also in the list of contenders. Nomination of Mr. Senthil, a Dalit face, is also being backed by many in Delhi and Tamil Nadu.

Tamil Nadu State Congress president K.S. Alagiri is also hoping that he will be awarded for delivering victory in both the Lok Sabha and Assembly elections where he didn’t seek a ticket for himself.

Unlike his father, Mr. Stalin does not work through emissaries and is directly in touch with Congress president Sonia Gandhi. The decision is expected within a day or two.

Pradnya Satav, wife of the late Rajeev Satav, is among the names in reckoning in Maharashtra. Mukul Wasnik, who was one of the G-23 dissenters, is hopeful of being accommodated. Rajeev Shukla is also in line. Mr. Shukla, was offered a seat from Gujarat but backed out at the last minute after the arithmetic in the Assembly changed. With Uttar Pradesh elections round the corner, Mr. Shukla, who hails from U.P. is hoping that he will make the cut. 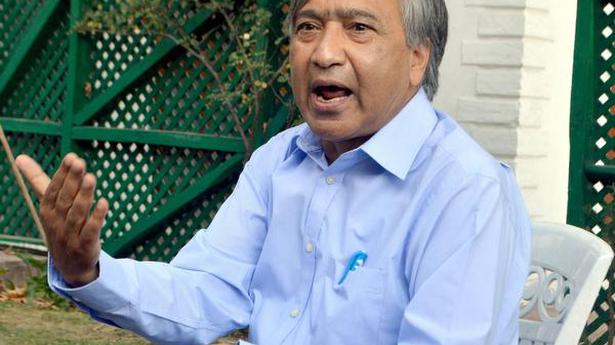 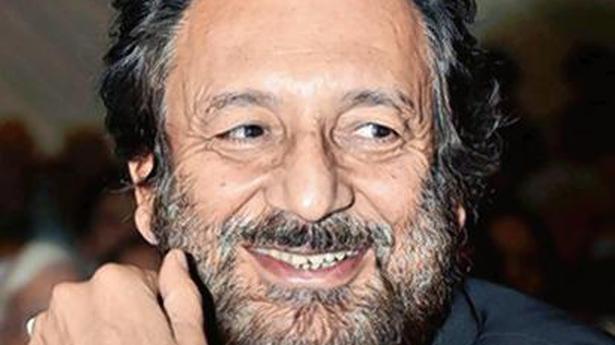