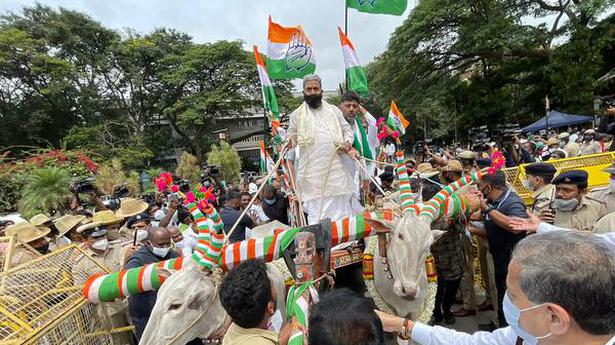 
As Karnataka’s legislature session began on September 13, Leader of Opposition Siddaramaiah, KPCC president D.K. Shivakumar and other Congress leaders took a bullock cart to Vidhana Soudha as a mark of protest against BJP government’s failure to control the rise in prices of petrol and diesel.

Mr. Siddaramaiah told reporters that the BJP was ‘lying’ about the cause of rise in fuel prices, blaming it on crude oil prices in the international market. He said the party would raise the issue in the session as well.

Congress MLAs head to Vidhana Soudha in Bengaluru for the legislature session of the Karnataka Assembly, that began on September 13, 2021, on bullock carts to highlight the rise in prices of petrol and diesel.

The BJP dismissed the protest as a ‘gimmick’. Former chief minister B.S. Yediyurappa said Congress is bound to sit in the Opposition next term too.

10 boys and teens among the dead in Israel festival stampede 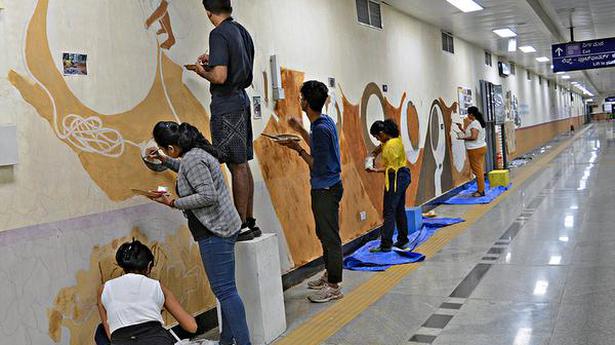 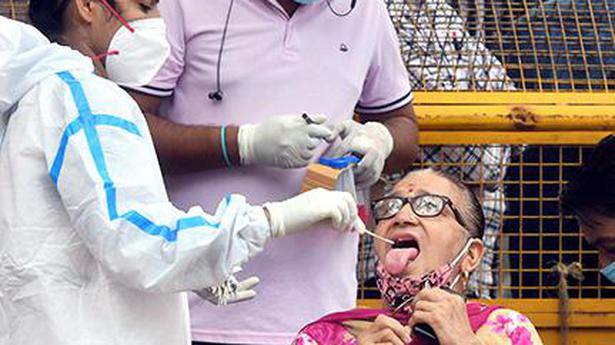 Delhi manages to give jabs to only 14% of daily capacity