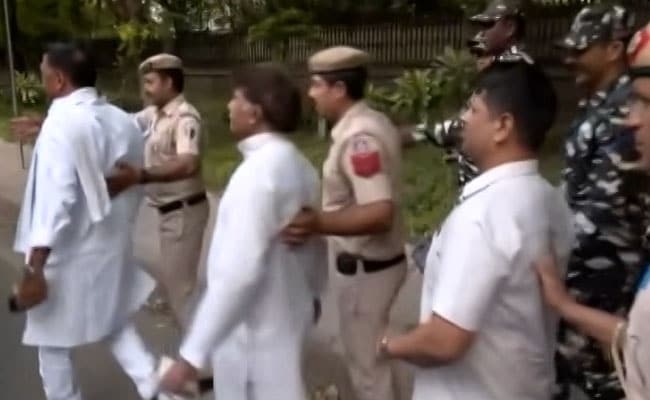 Congress workers were detained ahead of their march this morning to protest the action against party leaders Sonia Gandhi and Rahul Gandhi in the National Herald case.

Visuals from New Delhi showed Congress workers being put into buses as they raised slogans in support of their leaders.

Mr Gandhi is to appear today before the Enforcement Directorate, which is probing the case.

Delhi Police had last night refused permission for the protest march, citing the “communal and law and order situation” and VVIP movements. The Congress leaders had urged them to reconsider the decision, but to no avail.

The party then decided to go ahead with the protest planned in Delhi and several other cities.

The Congress has been accusing Prime Minister Narendra Modi and Home Minister Amit Shah of using Enforcement Directorate and other central agencies to silence the voice of the Opposition.

The party has said the allegations against its leaders are “fake and baseless” and that accused the BJP of “vendetta politics”.