The BJP on Saturday accused the Congress of employing “selective outrage” in cases of crimes against women, questioning the silence of Congress leaders Rahul Gandhi and Priyanka Vadra over the alleged rape and murder of a six-year-old girl in Punjab.

Finance Minister Nirmala Sitharaman, at a presser at the BJP’s national headquarters in New Delhi, also took a swipe at Rashtriya Janata Dal (RJD) leader Tejashwi Yadav, questioning if he had asked Mr. Gandhi about the issue while holding a joint poll campaign with him in the State. She also noted that the child hailed from the Dalit community.

Attacking Mr. Yadav, she referred to a news report of 2008 to mention the “allegations of eve-teasing and misbehaviour with women against the RJD brothers”, a reference to him and his elder brother Tej Pratap.

“It [the Punjab incident] may not hurt the RJD because that is how things were when they were in power,” Ms. Sitharaman said adding that the RJD presided over “Jungle Raj“ during its rule between 1990-2005.

Hitting out at the Congress, she said, “The pretentious Congress has not said a word. The tweet-friendly Rahul Gandhi has not tweeted on the Hoshiarpur incident. There has been no outrage. And no picnic either.”

Her ‘picnic’ jibe was in reference to Mr. Gandhi and Ms. Gandhi’s visit to Hathras in BJP-ruled Uttar Pradesh following the alleged gangrape of a Dalit girl, who died in a Delhi hospital subsequently.

“The Congress party should stand up and answer. Does this kind of selective outrage suit the stature of their party? Why is the brother-sister pair not going and voicing horror in Hoshiarpur? Why not in Rajasthan? The selective cry of outrage that the Congress wants to show when it is elsewhere but not in States governed by it is completely exposed,” Ms. Sitharaman said.

Stating that crimes like rape should not be politicised, she said certain political parties are selective in voicing horror.

In a horrifying incident, a six-year-old girl was allegedly raped, killed and then set on fire, with her half-burnt body found at a home in Tanda’s Jalalpur village, police said on Thursday.

The accused — Gurpreet Singh and his grandfather Surjit Singh — have been arrested on the charges of murder, rape and under other Sections of the Indian Penal Code (IPC) and the Protection of Children from Sexual Offences (POCSO) Act, they said. 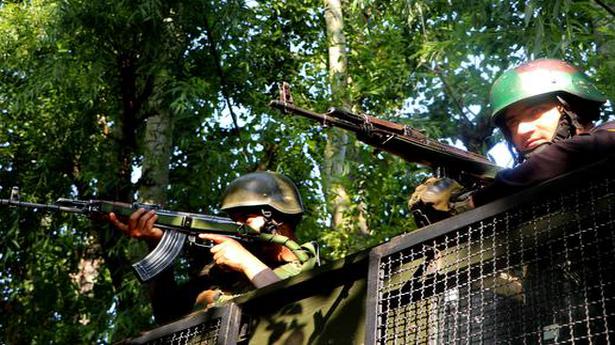