Telangana Congress has decided to attend Chief Minister K. Chandrsekhar Rao’s meeting with MLAs on the implementation of Dalit Bandhu scheme but at the same time the party would demand its implementation in all the constituencies and adding some more sections among the economically downtrodden.

A meeting of Congress MPs and MLAs held online came to the conclusion that since Congress party believed in democracy it should attend the meeting called by the Chief Minister. MPs and MLAs felt that in previous Telugu Desam Party (TDP) governments too they had meetings with the Chief Minister and also recalled that opposition MLAs were invited by successive Congress governments on developmental issues.

Congress Lelislature Party (CLP) leader Bhatti Vikramarka would attend the CM’s meeting and he would also raise the party’s demand that the scheme be implemented seriously and not floated as an election gimmick.

Mr. Bhatti would, while welcoming the scheme on behalf of the Congress, put forward the party’s demand that backward classes and economically poor among other sections including the minorities be extended the same benefit.

Party MPs and MLAs also suggested raising the issue of Chief Minister avoiding the opposition leaders to meet him for discussion on developmental activities in their constituencies.

Low testing for second day in a row 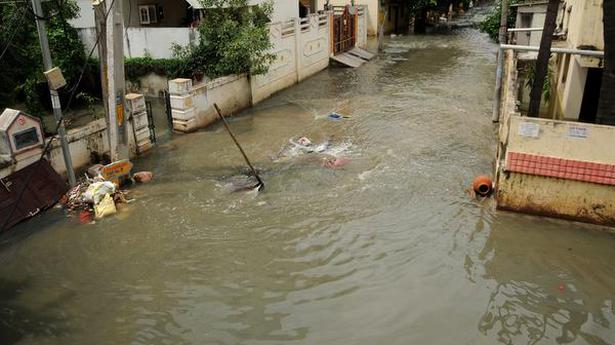