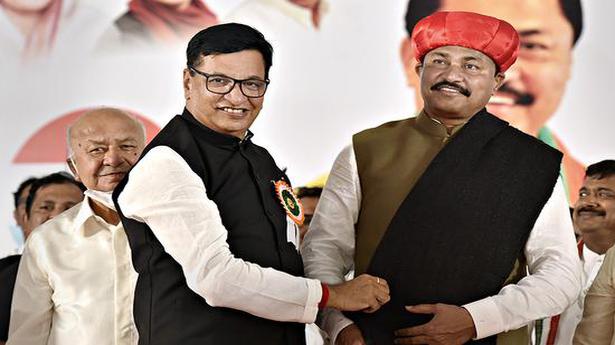 Maharashtra Congress’s parliamentary board will meet in Mumbai on Tuesday to discuss the State’s prevailing political situation and the party’s preparedness for the upcoming local bodies polls.

At the meeting, which has been convened by State Congress chief Nana Patole, the party also will finalise its strategy for an agitation against the Centre’s new farm laws and the fuel price rise, a statement issued the State Congress unit said.

Elections to five municipal corporations — Navi Mumbai, Aurangabad, Kolhapur, Kalyan-Dombivli and Vasai-Virar — and 98 municipal councils are due this year.

The Congress is part of the Shiv Sena-led Maha Vikas Aghadi government in Maharashtra, and most of the State Congress leaders want their party to contest alone in the local elections.

Mr. Patole and Mumbai Congress president Bhai Jagtap have also conveyed to the Congress high command that the party wants to go it alone in the elections to the Brihanmumbai Municipal Corporation due in February next year.

Mr. Patole will also hold meetings with leaders of various district and city units to discuss how to strengthen the organisation. On February 24, Mr. Patole will meet leaders of Navi Mumbai, Kalyan, Vasai-Virar and Kolhapur party units.

On February 26, leaders of the Congress’s units in Yavatmal, and Chandrapur city and rural district committees will meet Mr. Patole for a review, the statement said.

The interactions will end with a public meeting of party workers at Bhiwandi in neighbouring Thane on February 26 evening.

Why art is greater than the artiste