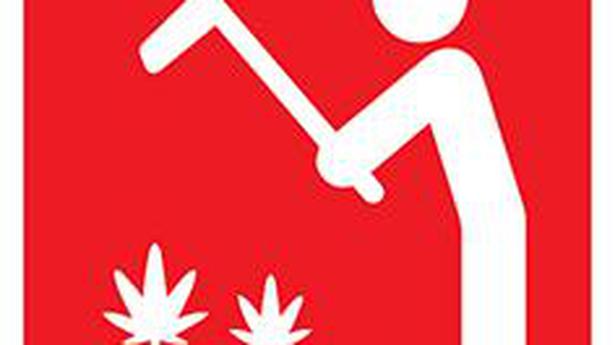 Pointing at an immediate need to improve agricultural infrastructure in the country, Finance Minister Nirmala Sitharaman on Monday announced an Agriculture Infrastructure and Development Cess (AIDC) on select items such as petrol, diesel, apples and alcohol. However, she stressed that this will not lead to an additional burden on the consumers.

During the post-Budget interaction with the media, the FM said basic Customs Duty rates have been reduced on most items where AIDC is being imposed, so as to not put a burden on the end consumer. She added that this would ensure enhanced remuneration for the farmers.

“It is just a restructuring we’ve done. We reduced the Customs Duty and we levied a disproportionate amount of cess. So, it was not the exact amount of reduction in Customs Duty that we levied in the form of cess. For example, 10% was brought down for Customs, we have only added 5-6% [in AIDC], so the price for the end consumer has been reduced or in some cases has remained the same,” she said.

She added that this has been done only to make sure that there is a dedicated amount coming out to the Budget to improve agricultural infrastructure.

Additionally, AIDC of ₹2.5 per litre has been levied on petrol and ₹4 per litre on diesel. However, the Basic Excise duty and Special Additional Excise Duty rates on them have been reduced so that there is no additional cost to the consumer.

Siraj Hussain, former Agriculture Secretary, noted the Customs Duty was shared with the States, while the cess would go entirely to the Centre. It would have an impact on sharing of resources between the Centre and the States, and more clarity would emerge once the fine print of the Budget documents was fully understood.

Meanwhile, asked about the farmers’ protest, the Finance Minister said she believed that dialogue was the way forward.

“We understand that farmers are sitting at the borders… If they have any questions, the Agriculture Minister has never shied from sitting with them for a discussion… how many ever rounds it may take, and has said that we are ready for a clause-by-clause discussion with farmers.”

Tto a query on how confident the government is about containing the fiscal deficit at 6.8% as per BE 2021-2022, Tarun Bajaj, Secretary, Department of Economic Affairs, said, “If you notice, our revenue figures for this time, if anything, are understated and not overstated.

“We have taken on nominal GDP at 14.4% and the revenue at 16.7%. So, the buoyancy is only 1.16%. We are hopeful we will be able to get more than this and achieve more in the other areas of non-tax revenue under disinvestment.

“We will definitely be within 6.8% and could be lower also,” he said.

Ms. Sitharaman said, “our fiscal deficit, which started at 3.5% during February, has gone to 9.5% of the GDP. So, we have spent, spent and spent. Otherwise, fiscal deficit would not have reached this number. We’ve also given a clear glide path for deficit management and bringing it down.”

She added that there were two important features to the Budget. “It is that we chose to spend big on infrastructure, which spans roads, bridges, ports, power generation, and so on and, to also attend to the needs of the health sector.

“Capacity building in health has taken a very big place in the Budget.” Retail inflation declines to 6.93% in November