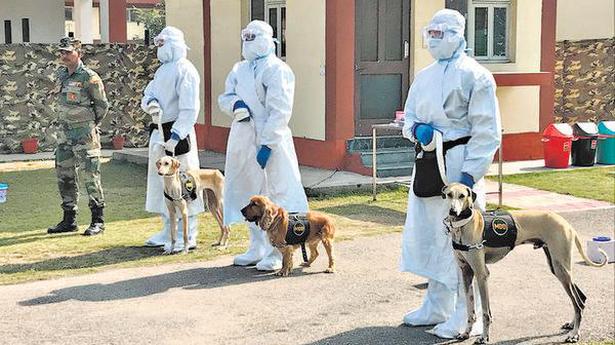 Casper and Jaya are the first dogs trained to detect the viral infection among personnel.

Since November 2020, Casper and Jaya have been deployed in Chandigarh and Delhi to screen samples and detect COVID-19 among soldiers posted to forward areas of the Northern Command. The two are ‘specialist’ military dogs, Casper, a two-year-old male Cocker Spaniel, and Jaya, a one-year-old female Chippiparai. They are the first two canines trained to detect COVID-19 cases from sweat and urine samples.

“From the trials and operational deployment, it has been inferred that COVID-19 volatile metabolic biomarkers are within the threshold limit of olfactory detection capability of trained dogs and can help in quick and real time detection of disease,” said Lt. Col. Surender Saini, instructor at the Army’s Remount Veterinary Corps (RVC), Meerut. They can detect COVID-19 with 95% accuracy, he said.

“They are not medically accepted. They are used to screen large numbers,” Lt. Col. Saini said.

Such mass screening reduces the number of Reverse Transcription Polymerase Chain Reaction (RT-PCR) tests needed for COVID detection, he explained.Samples identified as positive by the dogs are confirmed through the RT-PCR test.

Eight more military dogs are now being trained, and they will be equipped by March. These include two Chippiparais, two Cocker Spaniels and four Labradors. From among the group in the Army, a foreign breed and a desi breed were selected first.

The sensitivity and specificity of results from the dogs based on screening of 279 urine and 267 sweat samples during trials were found to be very high, an officer said.

The two dogs underwent 12 to 16 weeks of training with exposure to positive and negative samples. They were deployed on November 22 last at a transit camp in Delhi and a total of 806 transients were screened. They were also deployed in Chandigarh , where they screened over 300 samples. Of the over 3,800 samples screened, 22 positive cases were detected.

A dog can screen approximately 100 samples in an hour with a rest period of five minutes after every 15 minutes.

The U.K., Finland, France, Russia, Germany, Lebanon, the U.A.E. and the U.S. have already trained dogs to detect COVID-19, he added. With the successful trial, more dogs have been inducted for training.

The officer cited earlier said that use of canines in detection of COVID-19 enables mass screening and increases lead time for management of positive cases. In all, the Army has over 1,200 dogs of which about 700 have been deployed for various roles. Typically, training starts at six months of age and the dogs remain in service up to about nine years.

The RVC recently started training four Indian dog breeds. These include Mudhol hounds from Karnataka and Chippiparai, Combai and Rajapalayam from Tamil Nadu. 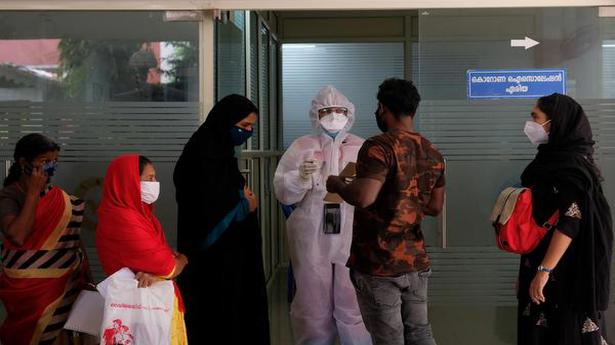 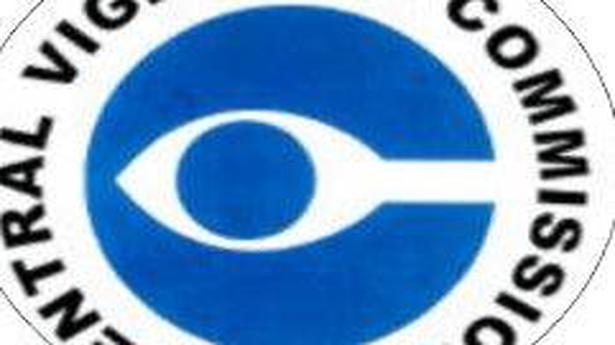