Bharat Biotech’s COVID-19 vaccine candidate, Covaxin, can produce neutralising antibodies — a requirement to study its efficacy — against multiple coronavirus variants, but is yet to demonstrate efficacy against the variant ‘B.1.1.7’ or the ‘UK strain’ as the new virulent strain is commonly known.

A report in the medical journal Lancet, published on Friday, underlines the need for “more extensive phase 2 and phase 3 trials” for “long term safety assessments” of the vaccine. The study centres around establishing the safety and immune response generated by different doses of the vaccine in 375 volunteers. The authors of the study include scientists from the Indian Council of Medical Research (ICMR) and Bharat Biotech.

Covaxin and Covishield have been approved for emergency use in India. The former, though its efficacy was unknown, was approved because it relied on an established vaccine platform and — being a whole inactivated virus — was purported to be more effective against a wider family of coronavirus strains. So far, none of the available vaccine candidates approved anywhere in the world, have been shown to be better than others in protecting against a range of strains.

Days after the company got approval from India’s drug regulator, Chairman of Bharat Biotech Krishna Ella, told reporters at a press conference on January 4 that evidence of the potency of Covaxin against the UK strain would be furnished within a week.

Though much of the data in the Lancet has already been reported in a pre-print and made public on December 15, Friday’s article has an update on the antibody response to three different kinds of coronavirus strains.

Covaxin has been developed on a strain cultured by the ICMR-National Institute of Virology that contains a widespread mutation called D614G. This variant has been widespread in India for at least six months. When compared to two older strains, (sourced from those with travel history to Italy, Iran and China) there was a roughly similar kind of neutralising antibody (NAB) response. However, no data was furnished on how it reacted to more recent strains, such as B.1.1.7.

Also read | Vaccine dilemma — to take or not to take Covaxin

These NAB are what bind to virus particles to prevent them from entering healthy cells. Therefore, for any vaccine to work, it must be able to coax the immune system into producing a certain quantity of antibodies. The complexity, however, is that the mere presence of NABs doesn’t automatically translate into being able to protect from disease. Sometimes too many antibodies can actually enhance the disease.

“This study only shows that the vaccine candidate is promising enough to be tested in more people. Candidate vaccines for dengue and malaria have previously both shown very good immune responses. However this hasn’t translated into efficacy. This is why we need a phase 3 trial,” said a scientist associated with a government lab but who wasn’t authorised to speak to the media.

“Because this is an interim report, we are not reporting any data on the persistence of vaccine-induced antibody responses or long-term safety outcomes. The analysis of safety outcomes requires more extensive phase 2 and 3 clinical trials,” say the authors that include Raches and Krishna Ella, of Bharat Biotech; Balram Bhargava, Director General, ICMR and Randeep Guleria, Director, All India Institute of Medical Sciences, Delhi.

“Traditionally efficacy of vaccines are read from level of protection from natural infection, like what perc ent of people were protected from it over a prespecified, long enough in practical sense, period of time. That data is not available, perhaps will be released soon enough,” Dr Dipyaman Ganguly from the Indian Institute of Chemical Biology, Kolkata told The Hindu.

BJP can call up any Collector to win bypolls, says Madhya Pradesh Minister 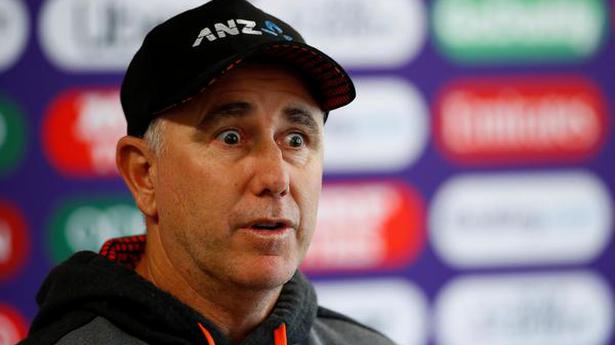