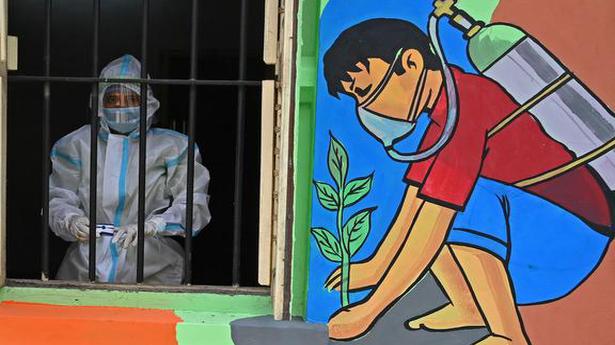 
External Affairs Minister S. Jaishankar, wgi is on a visit to New York and Washington DC, from May 24 to 27, is expected to discuss the AstraZeneca vaccine with the Biden administration. The U.S. government is sending 60 million doses of this vaccine abroad — and some of it is likely to be given to India which faces shortage.

Covaxin: Government reviews process to get WHO approval

The government on Monday “took stock” of Bharat Biotech’s application process with the World Health Organisation (WHO) for regulatory clearances for the Covaxin vaccine, as an inter-ministerial group led by Foreign Secretary Harsh Shringla met with company representatives in Delhi.

The meeting, that included senior officials from the Ministry of External Affairs, Ministry of Health, and Department of Biotechnology, with Bharat Biotech International Limited (BBIL) Managing Director Dr. Krishna Mohan, went over the paperwork submitted in April for the WHO’s Emergency Use Listing (EUL), amidst concerns that Indians who have taken Covaxin doses will face travel restrictions without global regulatory approval.

On-site registration and appointment for COVID-19 vaccination is now being enabled for 18-44 years age group on CoWIN, a statement issued by the Union Health Ministry on Monday said. However, this feature is being enabled only for government COVID Vaccination Centers (CVCs) now and would not be available for private CVCs presently. Private CVCs should publish their vaccination schedules exclusively with slots for online appointments, it stated.

In case of sessions exclusively organised with online slots, towards the end of the day, some doses may still be left unutilised in case the online appointee beneficiaries didnot turn up on the day of vaccination due to any reason, it noted.

The teams constituted by the Central Council for Research in Ayurvedic Sciences (CCRAS), New Delhi, on Monday conducted field level studies extensively on the herbal preparation made by Ayurvedic practitioner B. Anandaiah.

The team members collected retrospective data from hundreds of persons who had consumed the herbal concoction, touted to reportedly provide cure for COVID-19. A lot of research would have be done, including animal studies and clinical studies, by the CCRAS before deciding on the efficacy of the herbal preparation, official sources said.

‘Those who have beaten COVID-19 must focus on mental health, eat well’

Deputy Medical Superintendent of Delhi government’s LNJP Hospital, Ritu Saxena, says people who have recovered from COVID-19 must eat a well-balanced diet and exercise regularly in order to fully recuperate from the disease

Getting people to take COVID-19 vaccine shots in some parts of rural Uttar Pradesh is proving to be a tough ask for officials allegedly due to a range of misconceptions circulating about their side-effects.

In Barabanki district, adjoining Lucknow, when a team of Health Department officials had gone to a village for vaccination and awareness drive, a group of men and boys who had gathered on the banks of the Ghagra river fled after wading through the shallow waters or jumping into the stream upon seeing the officials. Though it is not confirmed if they were even eligible for the dose, a senior district official says they fled in fear that they could forcefully administered a dose. The officials then held an awareness camp in the village Sisaunda but only 14-15 persons got inoculated on the day, said SDM Ramnagar Rajeev Shukla. This was the story in several other villages, he said.

A pre-term baby, who was born at 28 weeks and weighed just 1 kg, waged a successful battle against COVID-19 as well as pre-term health complications.

He was born at a private hospital here on April 8. His mother suffered from severe form of COVID and was provided with mechanical ventilator support, which prevented her from breastfeeding her newborn initially. 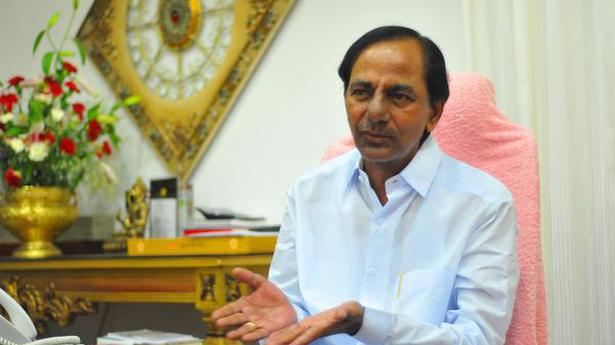 Towards integrating land info in Telangana