Four cases of the SARS-CoV-2 variant strain from South Africa and one case of the Brazil variant have been detected in India, the Health Ministry confirmed on February 16, 2021.

Stating that India should continue its vigil to contain the COVID virus despite the fall in number of active COVID cases in India and vaccines member (health) NITI Aayog V.K. Paul, noted that India is now giving COVID vaccines to 24 countries.

“We don’t still fully understand the virus and need to be serious about vaccinating while following COVID appropriate behaviour. The vaccines are safe and can be given to people on blood thinners and aspirin,” he added.

The death toll due to the viral disease has gone up to 1,55,913 in the country with 100 more fatalities reported in a 24-hour period, the ministry’s data updated at 8 am showed.

The number of people who have recuperated from the disease has climbed to 1,06,44,858, which translates to a national COVID-19 recovery rate of 97.33 per cent, while the case fatality rate stands at 1.43 per cent.

There are 1,36,549 active cases of the coronavirus infection in the country currently, which account for only 1.25 per cent of its total caseload, the data stated.

‘Will impact Singaporeans if borders are closed’

If Singapore closes its borders to travellers from India and Indonesia over COVID-19 fears, there will be widespread social and economic impact for Singaporeans, parliament was told Tuesday.

Dr .Koh Poh Koon, the Senior Minister of State for Health, told parliamentarians the repercussions could mean that many Singaporeans would not receive the keys to the housing units they bought, and families will have to consider finding alternative care arrangements for their loved ones because they will face delays in hiring foreign domestic workers as caregivers.

India’s fight against COVID-19 is inspiring the world: PM Modi

India’s fight against COVID-19 is inspiring the world, though at the beginning of the pandemic other countries worried about the countrys situation, Prime Minister Narendra Modi said on Tuesday.

India is following a human centric approach to furthering global good, which is based on a healthy balanced welfare and well-being, he said, virtually delivering the valedictory address to ‘Heartfulness Practitioners’ on the platinum jubilee celebrations of Heartfulness Institute of Shri Ram Chandra Mission.

The Australian Open will be able to open its gates to fans for the last four days of the tournament after the state of Victoria announced that a snap coronavirus lockdown would be lifted at midnight on Wednesday.

Victoria State Premier Dan Andrews announced the lifting of the lockdown but said the crowds allowed into Melbourne Park for the semi-finals and finals of the Grand Slam might be reduced from the originally agreed 25,000 a day.”There will be meeting early this afternoon … where we go through and work through exactly what is a safe number and that decision will be made as soon as possible,” Mr. Andrews told reporters.

Four cases of the SARS-CoV-2 variant strain from South Africa and one case of the Brazil variant have been detected in the country, the Health Ministry confirmed on Tuesday. India has so far reported 187 cases of the UK variant.

Giving details of these cases, which he said have been tested and isolated, Indian Council for Medical Research (ICMR) Director-General Balram Bhargava said, “South African variant of SARS-CoV-2 which has spread to 44 countries has entered India. The strain has been detected in four different SA returnees this past month — Angola (1), Tanzania (1) and South Africa (2). All travellers have been tested, quarantined and ICMR-NIV is attempting to isolate and culture the SA variant.”

However, no decision has been taken on re-imposition of a stringent lockdown, the CM added.

As COVID-19 cases in Maharashtra outpaced its recoveries for the fifth consecutive day, Mr. Thackeray and Deputy Chief Minister Ajit Pawar held a meeting to take stock of the situation with divisional commissioners and district collectors.

Vaccination session sites set to be increased in Puducherry

The session sites for administering COVID-19 vaccination are being increased to improve immunisation coverage in the Union Territory.

Earlier on Tuesday, Ha Tae-keung, a Member of Parliament’s intelligence committee, told reporters that the National Intelligence Service told him and other lawmakers during a closed-door briefing that North Korea hacked Pfizer to obtain COVID-19 vaccine technology. To the brink and back in Ladakh

In Kochi, new civic body to cope with many inherited problems 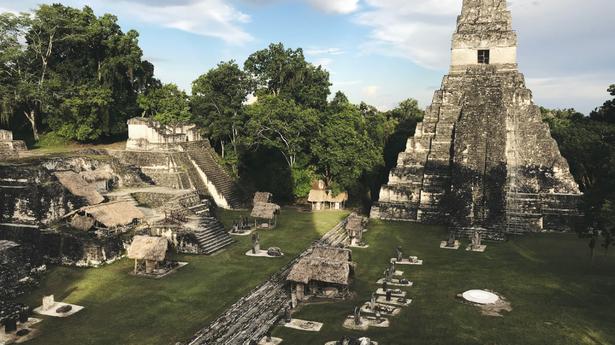