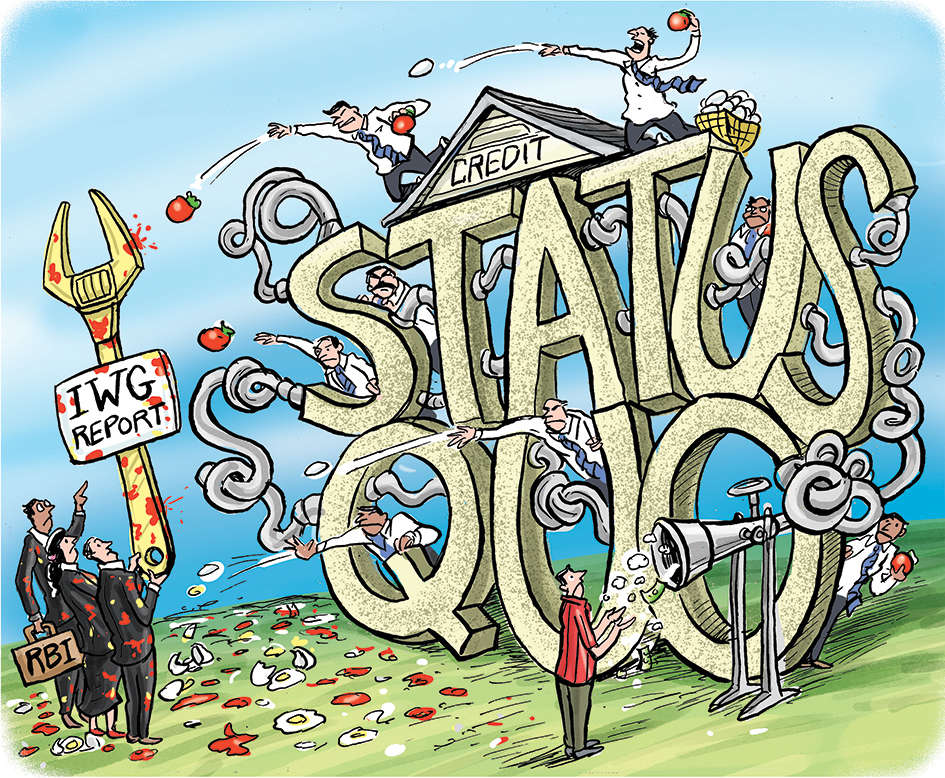 Capital is a critical input in production. Bank credit, which accounts for more than 60% of domestically sourced financial flows to the commercial sector, remains the largest single source of this input in India.

But the quantum of bank credit remains woefully inadequate. In 2018, domestic credit to the private sector by banks as a proportion of GDP was just 50% in India. In comparison the proportion was 158% in China, 141% in South Korea, 112% in Thailand, 81% in Chile, 66% in South Africa and 61% in Brazil.

The importance of enhancing the availability of bank credit for achieving the objective of a $5 trillion economy, while creating well-paid jobs for India’s currently underemployed workers, cannot be overstated. India needs medium and large scale enterprises, capable of capturing a significant share in the global export market, to emerge in labour intensive sectors such as apparel, footwear, furniture, toys and a host of light manufactures. While the government has executed important reforms such as a reduced corporate profit tax and new labour codes, much needs to be done to augment the availability of bank credit.

In this context, the bold and creative suggestions in the November 2020 report of the Internal Working Group (IWG) of the RBI assume great importance. Sadly, however, much of the commentary on the report has been negative, principally focussing on its recommendation to allow the entry of corporate houses as promoters of banks. Before we take up these criticisms, we consider the positive case for the IWG recommendation.

It is generally agreed that except for recapitalisation to correct for capital inadequacy resulting from the accumulation of non-performing assets (NPAs), further use of taxpayer money to expand banking in the public sector should be avoided. In the private sector, our banks have had to rely progressively on foreign sources for capital with the result that the two largest “domestic” private banks, ICICI Bank and HDFC Bank, are now majority foreign owned.

Today, corporate houses, some of which have substantial investible capital, constitute the largest untapped domestic source of new investment in banking. Any risks of allowing them into banking must be evaluated against the benefit they would bring in terms of credit augmentation.

Additionally, with increased complexity of financial markets and explosion of fintech innovation, the exclusion of non-financial corporations would come at progressively high cost in terms of lost efficiency and growth. Many non-financial corporations already own large non-bank finance companies (NBFCs), several of which are even authorised to accept public deposits. To our knowledge, these NBFCs have performed no worse than those owned by purely financial entities.

New age fintech business models thrive at the intersection of telecommunications, digital consumer services and finance. Responsible countries such as Singapore have recently issued full banking licences to companies operating in the telecom and digital sectors.

Disallowing non-financial entities from entering banking would also translate into rejecting the recommendation by IWG to permit the conversion of payments bank licences, including those held by Indian telcos such as Bharti Airtel and Jio, into Small Finance Banks. Taken together, such an approach would mean forgoing the potentially vast productivity and financial access gains achievable from emerging lending and credit evaluation models.

Critics have offered two counterarguments. First, they say that allowing non-financial corporations into banking would lead to the concentration of economic power. It was precisely this thinking that led Indira Gandhi to enact the Monopolies and Restrictive Trade Practices Act of 1969, which tied all enterprises and corporate houses with assets worth Rs 20 crore or more into knots. In parallel, she limited investments by business houses with Rs 35 crore in assets to a list of just nine highly capital-intensive “core” industries. Those restrictions strangulated industrial growth for over two decades.

The critics’ second point is that once corporate houses have their own bank, they would lend irresponsibly to themselves. They argue that the mere existence of regulation and supervision cannot stop such lending as evidenced by the episodes of NPA accumulation in the last two decades. But the argument is specious since the NPA problem was almost entirely concentrated in PSBs over which the RBI lacks adequate regulatory and supervisory powers. The government has not had to expend taxpayer money on NPA cleanup in private banks over which RBI does have necessary powers.

Even if one accepts that regulation will not be wholly successful in controlling excesses, this cost must be weighed against benefits, which are by no means trivial. Critics have offered no road map of how we can solve the acute problem of credit deprivation faced by India, without recourse to investment resources of corporate houses.

Given India’s growth imperative, we need fresh thinking aimed at enhancing credit availability and exploitation of opportunities offered by new technologies. Maintaining the status quo is not an option.

Let us be true friends to our ‘Safaimitras’

Turning the corner: Disaster is averted with Joe Biden’s victory. But Donald Trump has changed America

Interconnectedness of water & livelihood with other aspects of Atmanirbhar Bharat