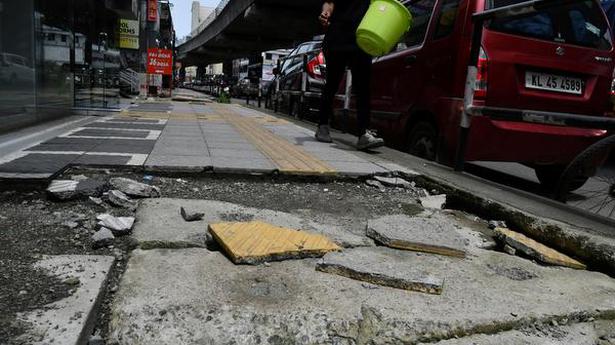 
The Kochi Corporation has sought funds from the Public Works Department (PWD) to rebuild footpaths on Banerjee Road and M.G. Road that were relaid by Kochi Metro Rail Limited (KMRL) three years ago as part of the Kochi metro project. A decision on this will be taken shortly, official sources said.

The newly laid tiles, including tactile tiles that were laid on the footpaths to guide visually-challenged people, were dismantled at frequent intervals to declog drains as part of the pre-monsoon maintenance work in May this year and in 2020.

“The issue was that there were limited number of manholes on the footpaths. They are not enough to clean the drains, and the tiled portion had to be dismantled,” corporation sources said.

Officials of Delhi Metro Rail Corporation (DMRC), the agency which executed metro construction and footpath renovation projects, said they had demonstrated to officials of the civic agency a method to lift footpath slabs, if need arose, and to place them back.

Rebutting the argument, corporation officials said there was no option but to dismantle the tiles and carry out declogging. The PWD owns both roads and ought to rebuild the footpaths, since the corporation’s responsibility is only to declog them. KMRL will not do anything now since its defect liability period is over.

In the meantime, KMRL has decided to dismantle tiles on the footpath on the Thykoodam-Pettah stretch which were laid over three years ago, to raise low-lying drains in the area. This was because the drains sank when the road was relaid, metro sources said.

Vegetable vendor killed, another injured as speeding car hits them

Kerala weekend restrictions | Public stay off the roads in Tiruvananthapuram 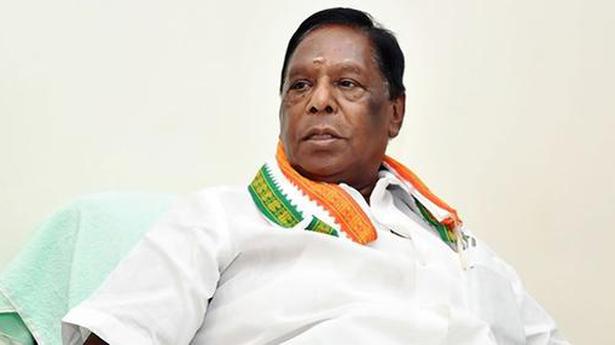