No was injured in the attack, which police believe was aimed at the president of the Devenedrakula Velaalar Ezhuchi Iyakkam, who was in the police station at the time

Tension prevailed near Thatchanallur police station for a while on Sunday, after unidentified persons hurled country-made bombs in front of the station.

Fortunately, no one was injured in the attack, which was apparently done by a gang targeting a youth facing a few criminal cases, who happened to be inside the police station.

Police said unidentified persons, who came to the Thatchanallur police station on Sunday around 11 a.m. on three bikes, hurled a bomb in front of the police station even as Devenedrakula Velaalar Ezhuchi Iyakkam president, Kannapiraan of Thatchanallur, was signing police records to fulfil his bail conditions.

Even before the police and a group of youths, who were accompanying Mr. Kannapiraan could react, the gang fled the spot on their two-wheelers.

The CCTV footage collected by the police showed that one of the two bombs hurled by the gang had exploded. While fleeing, they hurled another bomb on a supporter of Mr. Kannapiraan, who was standing at a distance from the police station. The bomb did not explode then, and fell on the ground only to be crushed by a two-wheeler passing by, after which the bomb went off. No one was injured in the explosion.

During a search, the Bomb Detection and Disposal Squad recovered the unexploded bomb hurled in front of the police station and splinters of the exploded bomb. “The explosive had steel balls packed inside,” a police officer said.

Mr. Kannapiraan said the “attempt on his life” was the handiwork of the “oppressive forces” against whom the police should take action.

Based on a complaint from Mr. Kannapiraan, the Thatchanallur police have registered a case.

Fall in accident deaths in city 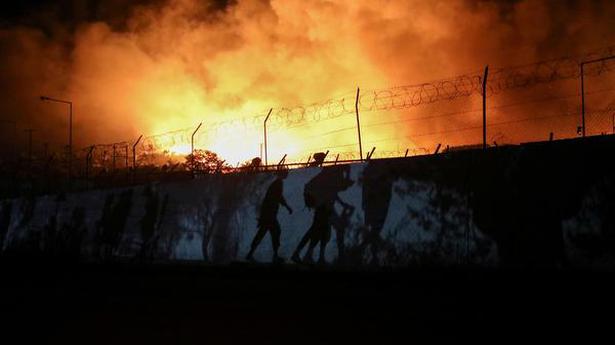