The country was very unhappy and disappointed to see the insult to the national flag, said Prime Minister Narendra Modi in his monthly radio programme, Mann ki Baat.

Mr. Modi said Made-in-India vaccine has not only made India self-reliant (Atma Nirbhar) but also has filled us with self pride.

He said: “Last year, we had shown great patience and restraint in dealing with adversity. We are also completing one year of COVID-19 challenge. We are running the world’s largest vaccination programme. In 15 days, we have vaccinated 30 lakh frontline workers. The USA needed 18 days for the same target.”

He said that whenever he addressed the citizens via this programme, he felt like being present amidst the people, talking about little things in life. He spoke about Pongal, Bihu, Makar Sankranti, Republic Day celebrations, Padma Awards and good news from cricket.

As he read messages from listeners in Uttar Pradesh and Madurai, Mr. Modi said that he gets messages from world leaders about India’s contribution. “The stronger and more self sufficient India becomes, the more we can serve humanity,” he said.

The PM used the example of the message from the Brazilian President to illustrate how Ramayan has left a deep imprint in different parts of the world.

“Friends, we are also going to celebrate the 75th anniversary of our Independence. I call upon the youth to write about the contribution of freedom fighters,” he said.

The Prime Minister spoke about the initiative of ‘India 75’ for young writers. Details of this initiative will be on the Human Resource Ministry website.

“I don’t know what you like about Mann Ki Baat but I love to learnt new things. For example, I was thrilled to know about a vegetable market in Hyderabad (Bowenpally) where electricity is generated from waste. Similarly, Badaun panchayat in U.P. collects waste water, filters it and is now using that water for irrigation. Similarly, in Arunachal Pradesh, people make ‘Mon Shugu’ a eco-friendly paper. In Kottayam, Kerala, a differently-abled person, N.S. Rajjan, collects plastic waste from Vembanad lake. He is an inspiration to all of us,” he said.

“Friends, you would have recently seen an all-women crew flew all the way from San Francisco in U.S. to Bengaluru non-stop. Recently, you saw women officers leading the parade on Republic Day. No matter what is the field, women are surging ahead. But I have noticed that success stories in rural areas don’t make news as much. That’s why I wanted to share a story about women workers in a rice mill in Jabalpur in Madhya Pradesh. The rice mills where they worked and got affected by the corona pandemic. But now they have come together to own the mill they had once worked for. And in the past few months, they have earned a profit of ₹3 lakhs. Similarly, in Bundelkhand, a young daughter, Gurleen Chawla, is changing the discourse by growing strawberry. You normally associate Rani Jhansi or extreme hot weather with Bundelkhand. But strawberry? One daughter has changed ideas,” he said, adding “Our government is committed to improving agriculture.” he said.

PM Modi also lauded an artiste from Midnapore and a young daughter from Odisha, Bhagyashree, for their innovative art and craft.

He mentioned about a school in Jharkhand where the principal has converted walls of the school and villages as learning boards with paintings. He mentioned about how Chile, thousands of kms away, celebrates Indian tradition of yoga with over 30 institutes. Chile is celebrating November 4 as national Yoga Day.

The PM spoke about a listener’s request about Road Safety week, mentioned interesting slogans used by Border Roads Organisation and asked people to send innovative slogans. Mr. Modi mentioned about the benefits of FasTag on highways. “Come let us all get together and take steps to fulfil our aspirations for this year,” he added.

Kannur varsity researchers get US patent 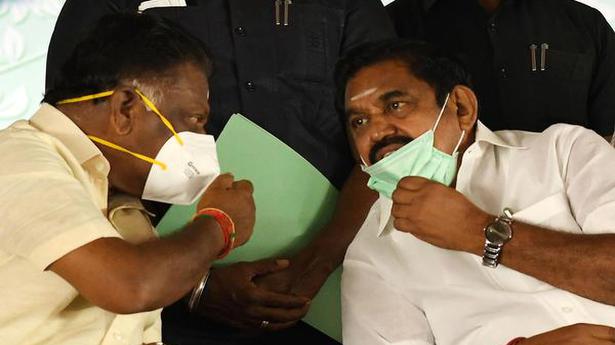