Donald Trump’s refusal to cede the presidency to Joe Biden and his other actions raise troubling questions about what he is planning to do. He has always coddled dictators, Kim of North Korea, Assad of Syria, Putin of Russia, and Xi of China. On the other hand he has struggled to get along with democratic leaders like Merkel of Germany. Is a coup in the offing in America?

Very startling are developments that he has recently instituted at the Pentagon. He has replaced four top officials there, including the secretary of defense (defence minister), Mark Esper, by loyalists of his own. Esper apparently opposed Trump’s plans for precipitous troop withdrawals from Afghanistan and Syria. But he had also bowed to his boss earlier many times, earning for himself the moniker of Yesper.

Most infamously, Esper and US Joint Chiefs of Staff Chairman (the highest ranking US military official) Mark Milley (dressed in full battle fatigue) had taken part in Trump’s photo-op at a church near the White House on June 1, 2020, after law enforcement tear-gassed a crowd of peaceful Black Lives Matter protesters to clear the path for the president to the church. Active duty troops were seen deployed near the White House although they played no part in the attacks on the BLM protestors.

Esper and Milley regretted their actions later. But the point is that they did take part in the president’s unholy actions. What were they thinking? The president started mocking Esper thereafter, calling him Yesper and indicating that he could be fired soon. In a militaristic culture like America’s, the president chose not to take on Milley. Esper prepared his resignation letter and updated it recently, knowing that his head was on the chopping block.

Another person whose job is on the line in the waning days of the Trump presidency is the CIA director, Gina Haspel. Republican Senator John Cornyn has just defended Haspel. The president’s son, Donald Trump Jr, plays no active role in Trump’s administration. Yet he fired a tweet directed at Cornyn calling Haspel a trained liar. The Trump family has acted like a mob in the White House and is now operating with a siege mentality, circling the wagons and desperately trying to cling on to power.

So rattled has a retired US Four-Star General Barry McCaffrey been by the developments at the pentagon that he has said, mark me down as alarmed. He has further warned, “We are watching a slow moving Trump coup to defy the Biden election”. Even bringing up the word coup in the American context is pure heresy. America has had generals who went on to become president. People like George Washington, Ulysses Grant and Dwight Eisenhower. But all of them behaved civilly during their presidency and relinquished it easily when their time was up.

Trump seems in no mood to cede power to Biden, who has resoundingly won a patently free-and-fair election. Trump’s efforts to get the election overturned is meeting with fierce resistance in the lower courts. His battle might take him to the supreme court, which does not seem in a mood to oblige, no matter that Trump has appointed three supreme court justices, Neil Gorsuch, Brett Kavanaugh and Amy Barrett. But supreme court justices are beholden to the US Constitution and not to Trump, as Barret made clear in her acceptance speech right after she was formally anointed as justice of the supreme court.

With the pandemic raging as never before in the US, one scenario is that Trump could declare a national state of emergency to tackle it. A vaccine against the virus seems nigh. Trump has always said that he will use the US military to distribute the vaccine to the lay public. Trump could argue that this is no time for a new president to take over the country. Many such wild scenarios are reportedly being contemplated in the White House to stave off Biden.

Six months or so later, with the vaccine curbing the pandemic, Trump could call for fresh elections. He seems to forget that there is always a second act in politics. He is a sprightly 74. He has garnered over 71 million votes, the second-most ever won by a presidential candidate (Biden of course is number one in this regard). Four years is a short time in politics. Trump did well with the economy until the pandemic struck. Biden plans to resuscitate the economy with the Green New Deal, which does not seem practical.

Biden could get into a quagmire in short order with the progressive and moderate wings of his party battling it out. The people might start yearning for Trump. 2024 is not such a long time away. Trump should gracefully bow out and plan his second act.

Afghan peace talks: India must reach out to Taliban factions willing to work with it 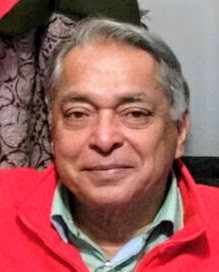 Wash. Mask. Distance. WMD is the most effective weapon humanity has against the virus. Make this the war cry