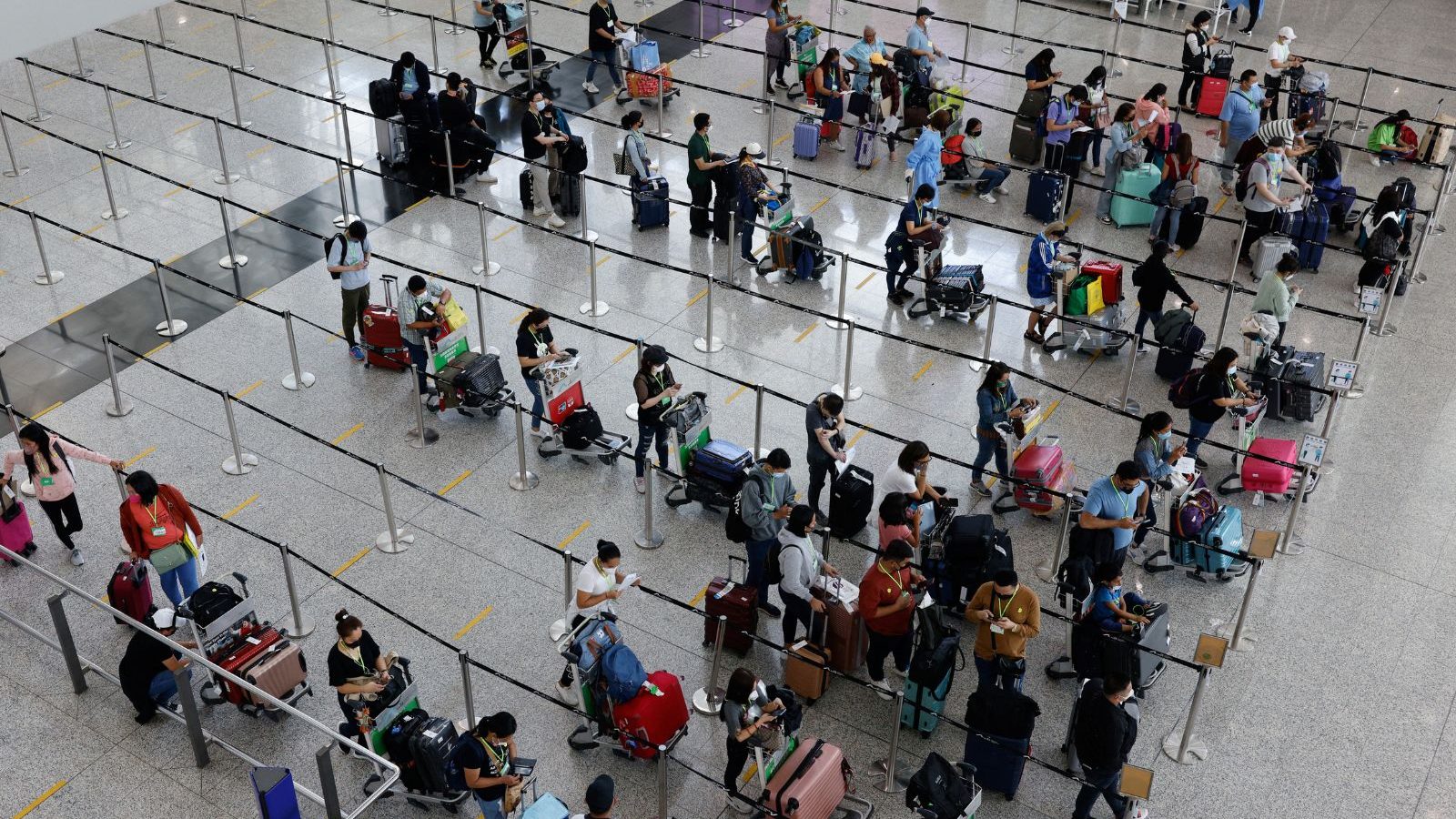 
Hong Kong announced Friday it will end mandatory hotel quarantine, scrapping some of the world’s toughest travel restrictions, which battered the economy and kept the finance hub internationally isolated.

The long-awaited move brings relief to residents and businesses clamouring for the city to rejoin the rest of the world in resuming unhindered travel and living with Covid-19 — though many pandemic restrictions remain.

For the past two and a half years Hong Kong has adhered to a version of China’s strict zero-Covid rules, deepening a brain drain as rivals reopened.

The announcement leaves mainland China as the only major economy still hewing to lengthy quarantine for international arrivals.

Chief Executive John Lee said the current three days of hotel quarantine would be reduced to zero for those arriving from overseas.

From September 26, travellers will be subject to PCR tests on arrival and will be unable to visit restaurants and bars for the first three days under a system authorities have dubbed “0+3”.

“Under this arrangement, the quarantine hotel system will be cancelled,” Lee told reporters.

Tourists who test positive face being isolated in hotel rooms at their own expense. Most residents can isolate at home, but those who cannot may be sent to government facilities.

Authorities also said they were lifting quotas on arrivals from mainland China — but those going in the opposite direction must still quarantine under Beijing’s strict zero-Covid rules.

Hong Kong once boasted one of the world’s busiest airports, but passenger numbers this year are just 3.8 percent of pre-pandemic levels.

The government faced mounting pressure from residents, business leaders and even some of its own public health advisers to end quarantine, especially after Covid tore through the city at the start of the year.

Since that wave, the number of local infections far outstripped those coming in from overseas.

The economic toll has been severe.

The city is currently in a technical recession — two consecutive quarters of negative growth.

“For Hong Kong to truly regain competitiveness vis-a-vis other cities around the world, the announcement is not enough; Hong Kong should be totally connected to the world without hindrance,” said local AmCham president Eden Woon.

The websites of both Cathay Pacific and its low-cost wing HK Express saw delays as customers rushed to make bookings.

But it is unlikely Hong Kong will see a sudden flurry of mass tourism.

Many global airlines have reduced routes or stopped flying to the city.

Cathay currently supplies about 45 percent of seats into and out of the city, but had previously warned it will only be able to increase routes by one-third this year because of the difficulties in finding staff and planes.

Cathay said it would add “more than 200 pairs of passenger flights” in October to both regional and long-haul destinations.

Many of its unused aircraft have been parked in the dry climate of interior Australia to better preserve them.

Although it stuck to China’s zero-Covid rules, Hong Kong’s experience of the pandemic was not the same as the mainland’s.

Like China, Singapore, New Zealand and Taiwan, Hong Kong’s travel curbs helped stamp out the virus in 2020 as the pandemic left a wave of death across much of the rest of the globe.

But as an international hub, Hong Kong struggled to keep the virus out indefinitely and could not deploy the kind of city-wide lockdowns used on the authoritarian mainland.

The Omicron variant ripped through mostly unvaccinated elderly victims, overwhelming hospitals that were not adequately prepared.

Despite the tough travel curbs and social distancing rules, Hong Kong had one of the world’s highest per capita fatality rates, with nearly 10,000 deaths in a population of 7.4 million.

Taiwan, which said Thursday it would end quarantine rules in mid-October, has a similar number of deaths but its population is three times the size.

Hong Kong’s approach stood in stark contrast to financial rivals such as London, Singapore, New York and Tokyo, which steadily reopened this year.