The COVID-19 pandemic is hitting conflict-ridden and impoverished countries much worse this year than in 2020, with many facing higher caseloads and rising deaths, the U.N.’s deputy humanitarian chief warned on Monday.

Ramesh Rajasingham said in a closed briefing to the U.N. Security Council that these surges are being fuelled by a lack of access to vaccines, an easing of public health measures, increased social mixing, and the spread of the delta variant to at least 124 countries, including 17 fragile and conflict-affected nations.

“This pandemic is far from over,” he said. “We are arguably in one of the most dangerous periods for the poorest people on our planet.”

In his briefing obtained by The Associated Press, Mr. Rajasingham said that so far in 2021 almost three-quarters of countries needing humanitarian aid have recorded more cases or deaths than in all of 2020.

And in over one-third of those countries, he added, “at least three times more cases or deaths have been recorded this year compared to last.” He called these numbers “just the tip of the iceberg,” saying that testing capabilities in many of these countries are inadequate so the U.N. doesn’t have “a true sense of the actual scale of the crisis.”

“Today, we have a two-track pandemic — one trajectory for the rich world, and one for the poor — characterised by dramatic differences in vaccine availability, infection rates and the ability to provide policy support,” he said.

Mr. Rajasingham urged the international community to respond by ensuring that the poorest countries have access to protective equipment, oxygen, testing kits and other critical supplies.

To tackle the pandemic and the worsening impact on the poorest people, he said, the global humanitarian system is appealing for $36 billion to help 161 million people.

Mr. Rajasingham said fragile and conflict-affected countries also must have access to vaccines. To date, he said, 80 million vaccine doses have been delivered to countries where the U.N. has appealed for humanitarian assistance.

The World Health Organisation has set a goal of vaccinating 10% of the population of every country by September, he said. Mr. Rajasingham said to meet that goal, the U.N. estimates countries needing humanitarian assistance will require 162 million additional doses.

The U.N. anticipates more vaccine doses becoming available in the second half of 2021, but Mr. Rajasingham said vaccines alone are no enough.

He urged international support to enable the delivery of vaccines in impoverished and conflict-torn countries before their expiration date, saying this must include recruiting and training health workers and putting in place logistics and security to reach remote locations and people living in regions controlled by armed groups.

“Almost half of the countries with humanitarian appeals have administered less than 50% of the doses delivered to them,” Mr. Rajasingham said. “For example, in South Sudan, vaccines could not be administered because funding was not available for the rollout.”

The Security Council was meeting to discuss implementation of a resolution adopted in February that demanded a “sustained humanitarian pause” in all conflict areas to enable access to vaccines. It also called for “equitable and affordable access to COVID-19 vaccines in armed conflict situations, post-conflict situations, and complex humanitarian emergencies.” Since its adoption, Mr. Rajasingham said, the most fragile countries have not received sufficient quantities of vaccines or help.

“To date, the level of effort to end this pandemic has been inadequate,” he said. “More must be done.” 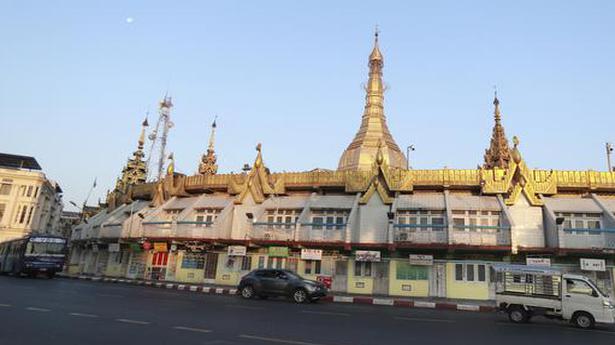