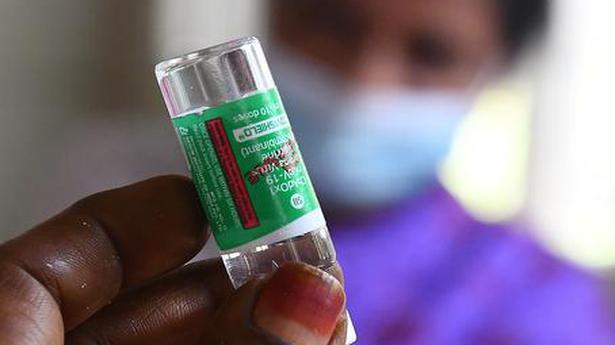 The vaccines, however, would not retail until 4-5 months and corporates and private individuals could in the meantime only get these vaccines from ‘State-facilitated machinery,’ says a statement.

From May 1, Serum Institute of India (SII) will be selling Covishield to State governments at ₹400 dose and to private hospitals at ₹600 dose, Adar Poonawala, CEO, SII said in a statement on Wednesday.

The vaccines, however, would not retail until 4-5 months and corporates and private individuals could in the meantime only get these vaccines from “State-facilitated machinery,” his statement added.

On Monday, when announcing vaccination for all above 18, the Centre said vaccine companies could sell half their approved lot of vaccines in the open market, opening up avenues for States to directly procure them without intervention from the Centre.

Currently, Covishield constitutes over 90% of India’s vaccine supply and is learnt to be sold to the Centre at ₹150-200 per dose. As of Wednesday, 130 million doses have been administered to those over 45, healthcare workers and frontline workers. Due to the ongoing spike in the second wave that is seeing close to 3,00,000 cases added daily, there is also an increased public clamour for vaccines that has exposed shortages in the Centre’s ability to supply vaccines to States. Current plans for increasing supply suggest that it would not be before early June that both Covishield and Covaxin would be able to substantially increase production. Russian vaccine Sputnik V is expected to be made available in India from May end.

SDMC warns of stir if funds not released