Communist Party of India (CPI) State secretary R. Mutharasan has expressed shock over the death of 15 workers in a private fireworks unit in Vembakottai near Sattur in Virudhunagar district.

Speaking to reporters here on Saturday, he said his party would conduct a conference in Madurai on February 18 in which key leaders from DMK and its allies would take part. The AIADMK government, in a bid to woo farmers, had waived the farm loan in cooperatives. “When the CPI and other secular parties demanded waiver and approached the court, it went on appeal opposing the case. With the sole objective of winning the hearts of farmers, the government did such a somersault, which the people were well aware of,” he said.

The BJP and the AIADMK, knowing pretty well that they would face defeat, were giving sops but the people would not fall prey to their baits, he said.

Many fireworks units violated norms leading to fatal accidents. The officials were also hand in glove with the employers. The government’s compensation was meagre he said and demanded ₹1 crore for the family members of each of the deceased.

The fire accidents were man-made and official apathy was to be blamed. “How can unauthorised units function without the knowledge of the staff from the departments concerned,” he asked and urged the government to deal with the issue with an iron hand. 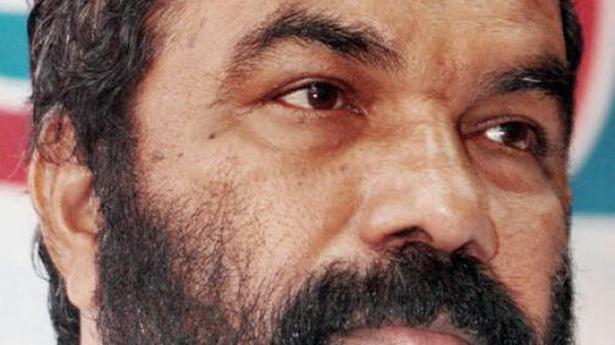 Psychiatrists explain cause of suicide and prevention methods