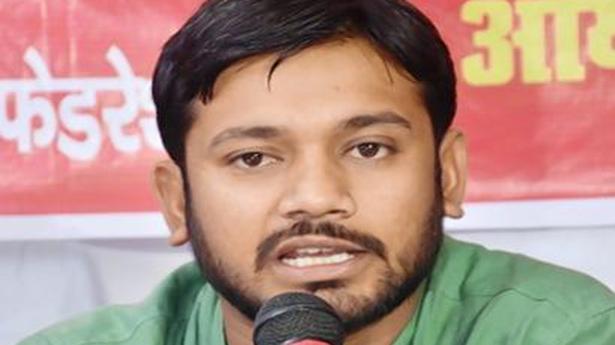 
Days after passing a censure motion against former JNU Students’ Union president Kanhaiya Kumar, the CPI stepped in to reject speculation raised on his meeting with JD(U) leader and Bihar Minister Ashok Chouhdary.

In a statement, the party national secretariat said the meeting was only to raise “people’s issues and development works in his Assembly constituency”. He was accompanied by CPI MLA Suryakant Paswan.

“There is no reason to attribute political motives to such a meeting. Every public representative has to from time to time meet the ruling party members to raise problems in their constituency,” party general secretary D. Raja said.

At the three-day national council meeting that concluded on January 31 in Hyderabad, Mr. Kumar was censured for his supporters reportedly roughing up office secretary Indu Bhushan on December 1 in Patna after a confusion over the schedule of meeting of the Begusarai district council.