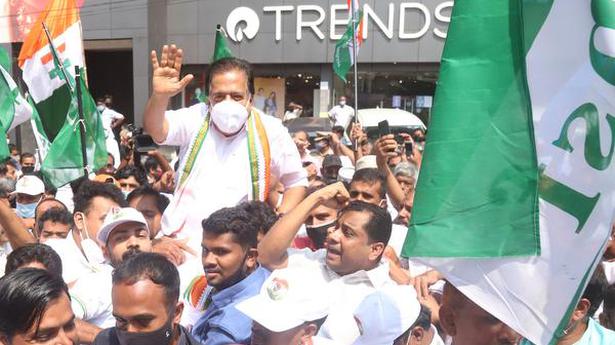 
The Aiswarya Kerala Yatra led by Leader of the Opposition Ramesh Chennithala reached the district on Friday.

Enthusiastic supporters of the United Democratic Front (UDF) swarmed Mr. Chennithala as he reached various reception points in the district.

Inaugurating the reception at Chelari, Mr. Sadikali Thangal said the CPI(M) and the BJP were raising the same slogans in Kerala. “Both are ruling by spreading intolerance and creating divisiveness,” he said.

He accused the CPI(M) of being unmindful of the State’s socio-political legacy while attempting to divide society on communal lines. He stressed the necessity of bringing Kerala back to a fair democracy.

Speaking on the occasion, Mr. Chennithala lashed out at the CPI(M), accusing it of offering government jobs to relatives of party leaders. “If former MP of Palakkad M.B. Rajesh has self-respect, he should tell his wife to quit the job she got through illegal means,” he said. He added that the UDF would revoke all illegal appointments if voted to power.

Mr. Chennithala accused the LDF government of cheating expatriates who returned. “Instead of helping them, the government described them as traders of death. It is time for them to repay,” he said.

The rally will pass through Perinthalmanna, Mankada, Malappuram, Kottakkal, Tirurangadi, Tanur and Tirur constituencies on Saturday. 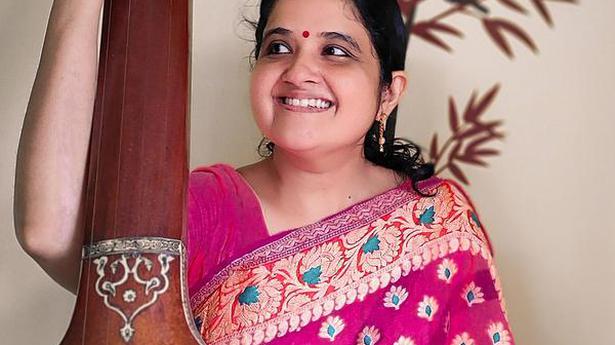 AVS ties up with CCMB