Karnataka
February 12, 2021 Divya Bharat 0 Comments BengaluruA year after the State government carried out an enforcement campaign against narcotics, Home Minister Basavaraj Bommai is learnt to have set the next target for the police for 2021: crackdown on illegal arms trade and offences on the darknet in the State.


A year after the State government carried out an enforcement campaign against narcotics, Home Minister Basavaraj Bommai is learnt to have set the next target for the police for 2021: crackdown on illegal arms trade and offences on the darknet in the State.

Speaking at the annual meeting of senior police officers on Friday, Mr. Bommai is learnt to have appreciated the department for the crackdown on narcotics in 2020 and said the State government wants to root out illegal arms trade in 2021. Traditionally, illegal arms trade has been rampant in certain pockets of Vijayapura district.

Chief Minister B.S. Yediyurappa, who chaired the meeting, told presspersons that cybercrime had emerged as the biggest challenge for policing in the State and that the government would give all support to equip the force to fight it effectively.

Earlier, at the meeting, Mr. Bommai is learnt to have stressed the need for the police to hone their skills to crack crimes on the darknet, which was fast emerging as a platform where serious offences — cybercrime, and narcotics and illegal weapons trade — were coming together.

Meanwhile, Mr. Bommai, in response to reporters’ query on frequent transfers of senior officers, said the State government was mulling over amending the Karnataka Police Act, 2007, to increase the tenure of senior officers back to two years. Earlier the minimum tenure was two years, but it was amended and reduced to one year. 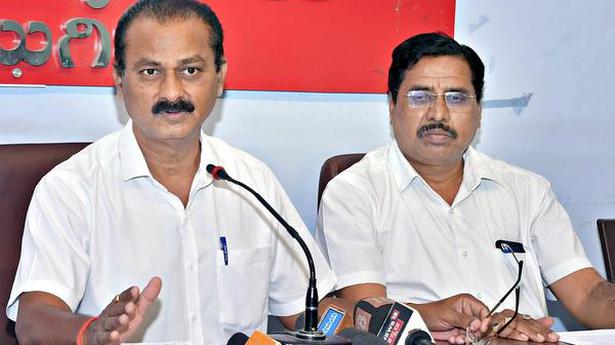 Two arrested for posing as ACBofficers and demanding money