The quarry blast in Shivamogga in January, which also had left six people dead, triggered a crackdown on illegal quarrying and handling of explosives across the State, including in Chickballapur district, which is plagued by stone quarrying and crushers.

The Internal Security Division (ISD) recently raided the house of a quarry employee, Shivakumar, in Chintamani taluk and recovered a huge cache of explosives stored illegally. This led to the arrest of Gangoji Rao, a licensed explosives dealer from Manchenahalli, who had been supplying gelatin, detonators, and other explosives used in quarries illegally.

Acting on a tip-off, the Chickballapur district police conducted raids on four quarries to which Rao was said to have supplied explosives, including the Shirdi Sai Aggregates Quarry and Bhramara Vasini M-Sanders on February 7. They recovered 14 gelatin sticks and 17 detonators stored illegally and shut down the crusher unit. As part of the investigation into the case, the Gudibande police seized a compressor vehicle from the premises on Monday. This seemed to have triggered fear among the owners and employees of the firm.

“It has now emerged that they had another cache of explosives hidden, probably at another location near to the crusher unit, undiscovered by the police during the February 7 raid. To ensure we did not get our hands on this cache, they tried to dispose of it in the forested area after midnight. The explosives were handled unscientifically, leading to the explosion that left six killed,” said a senior police officer.

An explosives expert, who inspected the site, said that they found little trace of the explosive, which indicated that it and the detonators had both combusted completely. “The detonators are very sensitive, even to a mobile phone, even a camera flash sometimes. Anything might have triggered the explosion, including friction in the gunny bag,” he said. Another officer suspected that the team of employees might have tried, and failed, to carry out a controlled explosion to dispose of the material. 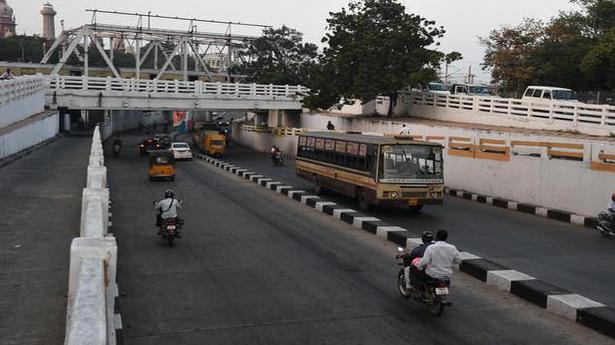 Two-way traffic to be allowed on RBI subway