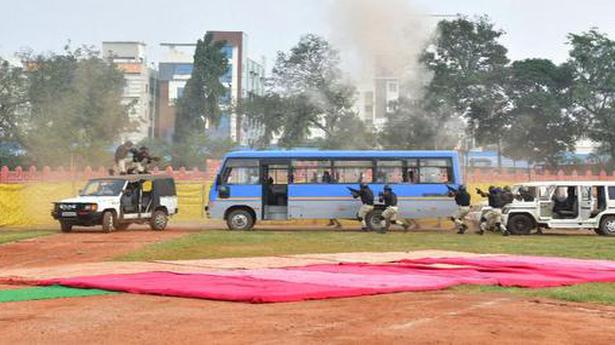 
Analysing the crime trends in 2020, Prakasam Superintendent of Police Siddharth Kaushal said the number of cases registered in 2020 went up to 9,095 from 7,145 as more complainants were able to approach police online and pour out their grievances to the SP himself through video conferencing, thanks to ‘Spandana online’ and ‘Spandana Beyond Borders’.

The facility for free registration of first information reports(FIRS) also added to the increase in the number of cases. Discharging their duties in most difficult condition in the wake of the rapid spread of coronavirus, the district police resolved them using latest technology tools and by involving the community in policing, he said.

Crimes against women had declined from 1,061 incidents in 2019 to 960, thanks to the awareness programmes conducted by the police. But the murder cases shot up from 43 to 72 in the year under review. The district police detected 11 of the 19 cases of robberies and four of the five dacoity cases by putting to use the latest investigation techniques.

Property offences decreased to 639 cases in 2020 from 881 in the previous year. But the value of the property stolen went up to ₹9.99 crore from ₹7.03 crore. The recovery rate was only 40% in 2020 when compared to 68.70% in the previous year as per the data compiled by the district police.

COVID-19 era presented a new set of challenges to the district police force as 16 persons died after consuming hand sanitizer in Kurichedu in July when liquor shops had downed the shutters as part of enforcement of total lockdown to avoid spreading of the dreaded disease. Police swiftly resolved the case with the arrest of five persons after raiding the manufacturing units in neighbouring Telangana. The year also saw the police cracking the unnatural death of a specially-abled woman, who was found burnt alive in Ongole in the fag-end of the year.

Acting swiftly, the police also restored the the baby of a woman who was kidnapped by a woman posing herself as a health worker, within 16 hours of the incident in Darsi in September. The year also saw the Prakasam police cracking a cyber crime in collaboration with Delhi police in January with the arrest a Nigerian national, who had cheated a Podili resident of ₹14 lakh online.