Citing official data provided by the State government, Congress leader and former Minister Priyank Kharge on Wednesday said that crimes in Kalaburagi city had doubled under BJP rule as compared to the period when his party was in power.

“I don’t claim that there were no crimes in Kalaburagi under Congress. But, the crime rate in the city has seen a relatively rapid surge under BJP rule. As per the official data, the cases of murder have gone up from 23 in Congress rule to 58 in BJP rule, attempt to murder case from 39 to 100, robbery from 35 to 63, daytime burglary from 23 to 33 and night-time burglary from 63 to 130, kidnap from 13 to 39, molestation from 44 to 69, rape from 3 to 7, sexual crimes against children from 13 to 33, narcotics from 3 to 19, atrocities on Dalits from 23 to 44 and gambling from 210 to 367,” Mr. Priyank said substantiating his claims with the crime data-sheet.

Addressing a media conference at the local Congress office, he also attributed the surge in crime rate to the alleged nexus between BJP leaders in power and criminals.

“Elected BJP leaders have taken politics as an opportunity to make money. Transfers of key officers and posting them in key positions is one such business. There is a rate-card unofficially in force specifying different prices for transferring different officers from PC [police constable] to DC [Deputy Commissioner]. When an officer occupies a key position paying money to these leaders, he would naturally find ways to ensure the return on his investment. Allowing drug peddlers, sand mafia, rights abusers and other criminals to operate hassle-free for making money and paying a part of the illicit earnings to their political masters to continue the business is exactly what is happening in Kalaburagi,” he said.

Referring to the recent raid by Maharashtra police on a house in Kalaburagi and arresting two people on charges of running an IPL cricket betting racket and seizing a large amount of cash, mobile phones and a four-wheeler belonging to the wife of Basavaraj Mattimud, a BJP leader and MLA from Gulbarga Rural, Mr. Priyank said that the raid was conducted without the knowledge of local police as the raiders knew that the “local police and administration were working hand in glove with the gamblers.”

Responding to BJP leader Malikayya Guttedar who had alleged that Mr. Priyank was behind the raid by Maharashtra police, Mr. Priyank said that he was happy if he were to be so powerful to influence the police department of the neighbouring State even when he was not in power.

“Mr. Guttedar must first clarify whether or not he was in favour of IPL cricket betting menace that has been ruining the lives of thousands of youth in Kalaburagi district. If he is against it, he must appreciate Maharashtra police for their action and demand a fair investigation for curbing the cricket betting menace to save the future of the youths. He should also appreciate me for raising such an important issue for the larger interest of the district and its people,” he said. 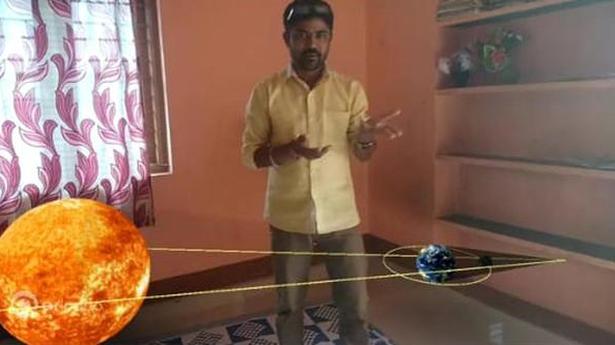