Kerala’s cumulative case burden of COVID-19, ever since the pandemic began last year, crossed the 10 lakh mark on Sunday when the State reported 4,612 new cases.

The cumulative number of COVID-19 cases in the State now stands at 10,04,135. With the State testing only 61,843 samples in 24 hours, the test positivity rate in the State which had shown a slight drop on Saturday, came up to 7.46% again.

Of the 61,843 samples tested on Sunday, RT PCR tests numbered 26,909 while 33,173 of these tests were rapid antigen assay. Other molecular diagnostic tests like Truenat and CBNAAT constituted the remaining tests.

With 4,692 people reported to have recovered on the day, the active case pool of the State dropped further to 63,484 cases. The cumulative recoveries reported in Kerala till date has risen to 9, 36,398.

On Saturday, 15 more deaths were added to the official list of COVID fatalities, taking the State’s COVID toll to 3,985 deaths. Alappuzha reported four deaths, Pathanamthitta and Thrissur three each, Thiruvananthapuram two while Kollam, Ernakulam and Wayanad reported one death each.

As on Sunday, official reports said that the number of critically ill COVID patients being treated in ICUs in various hospitals across the State was 777 with 215 of them requiring ventilator support. 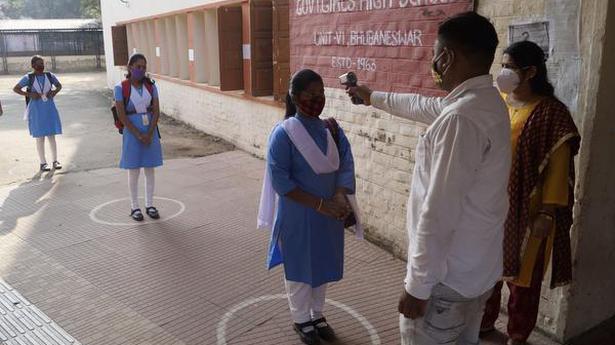