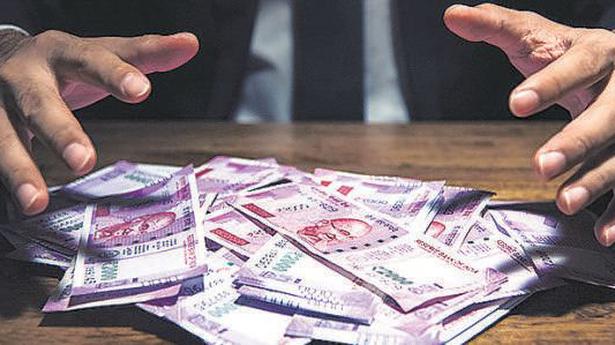 Anti-corruption watchdog CVC has asked all central government departments, public sector banks, insurance companies and undertakings to complete the probe in pending corruption cases that originated between 2011 and 2018 by May next year.

The Central Vigilance Commission said any delay in finalisation of such matters is neither in the interest of the organisation nor that of the concerned employee.

“Undue delay on one hand provides prolonged opportunities to a corrupt public servant to indulge in inappropriate activities. On the other hand, any unwarranted delay in conclusion of vigilance related matters is detrimental for an honest public servant, who may have got involved in a vigilance case, due to various reasons,” the CVC said.

In order to ensure that a vigilance related matter is taken to its logical conclusion within a reasonable time frame, the CVC has repeatedly issued guidelines specifying the time limit for each stage involved in a vigilance case, it said.

“However, it has been observed that some cases are not brought to a logical conclusion in a timely manner and remain pending in the organisations for an unduly long period of time due to a variety of reasons,” it said in the order issued to secretaries of all central government departments and chief executives of public sector banks, insurance companies and undertakings on Wednesday.

The CVC is regularly reviewing old pending cases with the respective organisations and has appreciated their efforts in bringing most of the old cases to a logical conclusion, the probity watchdog said.

“Stay granted by a court of law, case pending in a court of law, case kept in abeyance as the official had been terminated from service in another case, although, the officer was working with the central government at the time of commission of misconduct, but the disciplinary authority, i.e., the State govt, is yet to furnish its views/recommendations” were cited as some of the reasons for pendency of cases in the order.

In organisations where a few old cases are still pending, the chief executive and the chief vigilance officer should ensure that vigilance cases initiated between January 1, 2011, and December 31, 2018, must be finalised latest by May 31, 2021, the order stated.

“The organisations may take all necessary steps and may follow up the pending cases with the authorities concerned, within the organisation and outside too, if required, to ensure timely action in these cases,” it said.

Referring to an earlier order, the CVC said the “Supreme Court had ordered for limiting the period of stay granted by a court of law to six months, except in exceptional circumstances”.

The organisations may take necessary and appropriate action in those cases where a stay has been granted by a lower court in view of the aforementioned judgement of the Supreme Court, it said.

Coronavirus | Country will not have to wait too long for COVID-19 vaccine: PM Modi