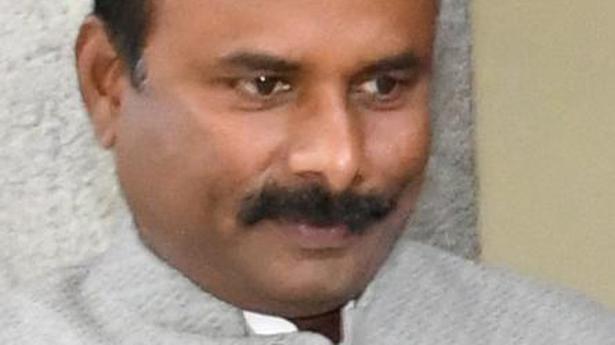 
The High Court of Karnataka on Friday granted bail to former mayor R. Sampath Raj, who was arrested in connection with the attack on the house of Pulikeshinagar MLA Akhanda Sreenivasa Murthy during the violence that took place in D.J. Halli-K.G. Halli on August 11, 2020.

Justice John Michael Cunha passed the order while allowing a petition filed by Raj seeking release on bail. Apart from various other conditions, the court has directed Raj not to tamper with evidences or influence witnesses besides not leaving the jurisdiction of the trial court without prior permission.

He had moved the High Court in December 2020 after the trial court, on December 1, 2020, rejected his plea for release on bail.

Raj, who has been accused of conspiracy and playing a part in instigating the mob to set fire to the MLA’s house on the night of August 11, had evaded arrested till November 2020.

Initially, he got admitted to a private hospital where he had tested positive for COVID-19. He left the hospital after being discharged, but did not appear before the Central Crime Branch police, who had served him a notice to appear before them after his discharge.

He was arrested in mid-November 2020 after a division bench, headed by the Chief Justice, while hearing PIL petitions related to the violence, directed the city police to take steps to trace and arrest him.

Learn to live with nature : CJ